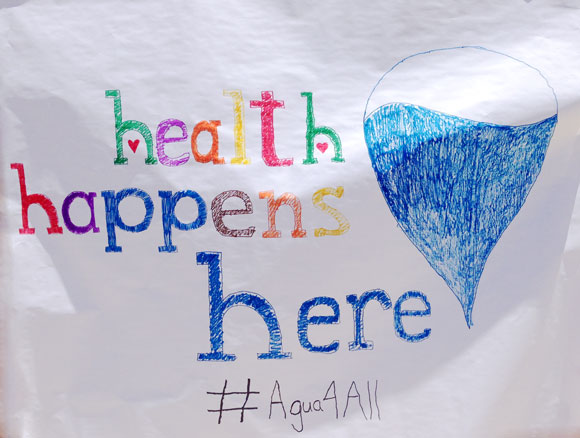 No matter who you are or where you live, you should be able to drink a glass of water in your home or neighborhood and not worry that it will make you sick. But this isn’t reality for more than a million Californians, including Eastern Coachella Valley residents, whose water isn’t safe to drink.

This infrastructure will connect two existing taps to a water treatment system that filters out contaminants so that residents will finally have access to potable water. (One of the buildings has bathrooms but no access to water for drinking.)

Reusable bottles will be made available. After installation plans are to raise community awareness about the health benefits of drinking water through outreach and educational materials.

RCAC is partnering with The California Endowment (TCE) in Health Happens Here #Agua4All, an innovative year-long pilot to increase access to and boost consumption of safe drinking water in Kern County and the Eastern Coachella Valley.

The goal is to expand the project statewide to ensure rural communities throughout California have access to safe drinking water.