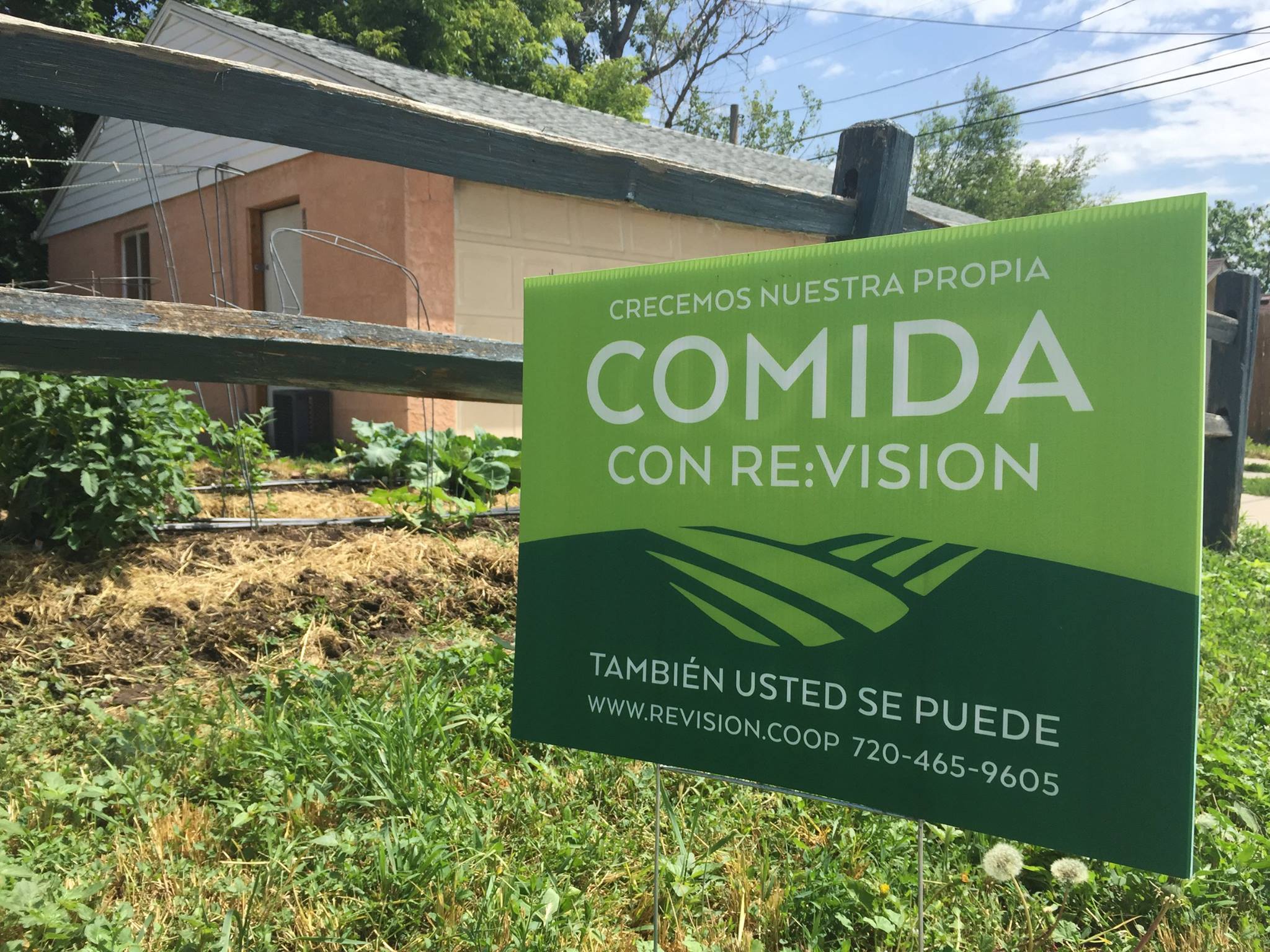 Six years ago in a crowded room in an overlooked predominantly Latino Denver neighborhood called Westwood, people were talking heatedly about problems in the neighborhood: bad side-walks, crime, no stop-lights, no parks for kids to play in, garbage in all of the alleyways, roads that still weren't paved…but the biggest problem that kept surfacing throughout the discussion was limited access to healthy and affordable food.

Westwood was and still is a food desert, a place where grocery stores won't open, and fresh food is hard to find.

In the room was a pack of community members and Eric Kornacki and Joseph Teipel, the co-founders of an environmental non-profit called Re:Vision. That day, a partnership was made between the community of Westwood and Re:Vision – to train neighbors on how to teach one another to grow food in their backyards, to live healthier lives, and to unite to solve the problems in their own communities.

Over the past six years, Re:Vision has built one of the largest urban agriculture programs in the country, based in the heart of Westwood. Re:Vision and the community has proved that healthy food shouldn't just be a privilege, but a basic human right. And now, they are taking their efforts even further.

The store is called the Westwood Food Co-op (or COOP! as many members of the community say).

But they can't do it without you. Even though Re:Vision has earned prestigious grants to purchase the property and begin to renovate the space, they need to raise an additional $200,000 to open the space in time, by early 2016.

With a campaign goal of $50,000, Re:Vision and the community will be able to make the basic interior renovations to make the inside of the warehouse functional as a grocery store.

Anything Re:Vision can raise above that will go towards the thousands of things necessary to open a successful food co-op.

Phoenix Mexican Consulate offers free flu shots to those in need
Comment
In too many ways, America’s poorest communities are just like prison