Crowdfunder: Educating Peruvians to their own rich culture 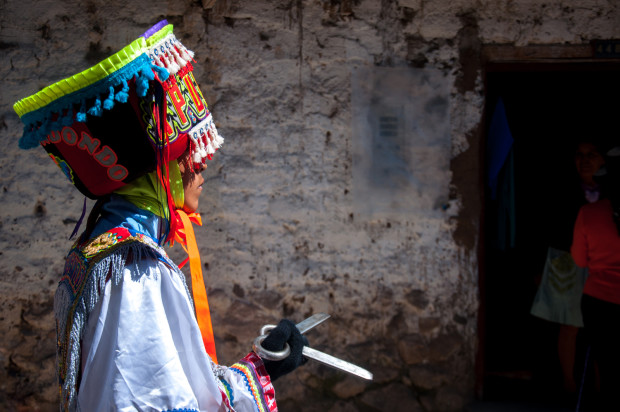 Ana Huerta is photographer and student of anthropology, Ollantay Sanchez is a music student and sound engineer. They are both the founders of the Nuna Collective, and they comprise a Peruvian group interested in art, politics and culture in general.

Their goal is to fill the gap in public support of the arts by bringing little known traditional practices to a wider audience.

Through a variety of platforms, audiovisual media and field research, they will translate the experiences of the different regions of Peru in events that showcase the country’s history, tradition and cultural evolution in front of audiences unfamiliar with the experiences.

Their first project is an ancient and representative dance from the Central part of Perú, more precisely from the region of Chankas. It is called the Scissors Dance.

The name of the dance comes from the fact that the dancer or danzaq resonates two metal bars like scissors to the rhythm of the music. The musical frame is provided by the harp and the violin, apart from the scissor`s itself.

The Scissors Dance will be a traveling exhibition because there are few exhibitions highlighting this cultural dance staged outside its place of origin.

The Nuna Collective thinks it’s important to travel with the project, but share it, in the place of origin, with the same community who performs it as a way of re-enriching the local community.

The Collective will use various media for the reproduction of photograghs, videos and audios and documentaries.

They will also present some typical costumes, the rattle, and the scissors that will serve as a transport to ancient times. The Scissors Dance is the first of a series of cultural projects planned that will require the Collective to travel to remove parts of Peru to share the unique experiences of these Peruvians.