Latina Lista: News from the Latinx perspective > Causes > Crowdfunding > Crowdfunder: Why this Nicaragua indigenous group is fighting the Chinese

Crowdfunder: Why this Nicaragua indigenous group is fighting the Chinese 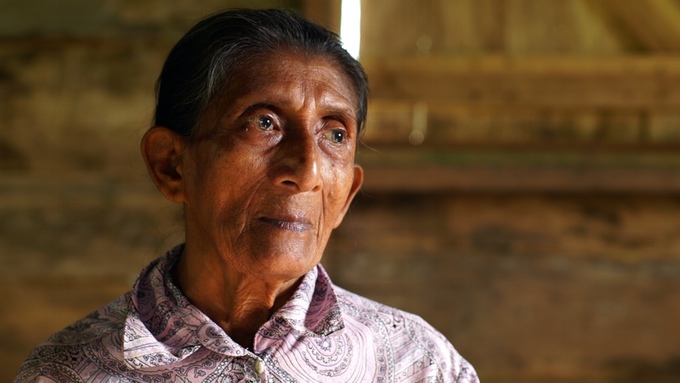 LatinaLista — In 2013, the Nicaraguan National Assembly gave the green light to Chinese billionaire Wang Jing to begin construction on the Nicaragua Canal, a 172.7 mile concrete ditch that would be four times longer than the Panama Canal.

The Nicaragua Canal would split Nicaragua’s landscape in an effort to connect the Pacific Ocean with the Caribbean. However, though construction still hasn’t started, and there are rumors that the billionaire isn’t ‘drowning’ in cash as he once was, the canal has already accomplished splitting the country into two camps — those who want it — politicians, corporations, etc — and those who don’t — environmentalists, civil rights groups, etc.

Another group who is against the canal are known as the Rama.

The Rama people have lived on the Atlantic Coast of Nicaragua for thousands of years, long before the existence of the nation. Yet, the ruling from the Nicaraguan government, that grants billionaire Jing’s company permission to build the interoceanic canal, also allows for the destruction of the Rama village of Bangkukuk.

The canal would slice through the village forcing the people from their ancestral land. 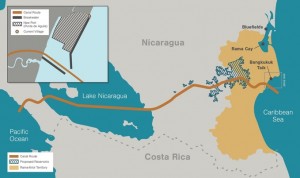 The Nicaraguan government’s agreement with the Asian company was done behind closed doors, denying the Rama opportunity to voice their opposition to the canal and revealing what the project would do to their ancestral lands.

Though the government hails the project as the means to lift the nation out of poverty, hundreds of thousands of Nicaraguans would be forced from their land and the environmental impact could devastate the country’s rich ecosystem of lakes, rivers, and forests. Almost half of the 170 mile canal would cut through indigenous land which is protected by Law 445. In direct violation of this law the government is pressuring community members to sign concessions to their land without legal representation. In response, community leaders have partnered with human rights organizations to bring their case to the Inter-American court. In the past year, anti-canal sentiment has grown into a nationwide movement of community groups, civil rights organizations, and environmental activists. Read more here.

In an effort to heighten international awareness of the consequences of the project to the Rama people, the indigenous group has partnered with Art of Solidarity, a community-based media collaborative, to create a documentary following three Bangkukuk families in their “struggle to defend and preserve their land and way of life in the face of this mega-project.”

The goal is a feature-length documentary film that will give voice to the many communities, organizations, and activists at the front lines of the indigenous rights and anti-canal movements in Nicaragua.

(Featured Image: Alisia Bilis lived through war and natural disasters in Bangkukuk. She is one of the few remaining speakers of the Rama language.)