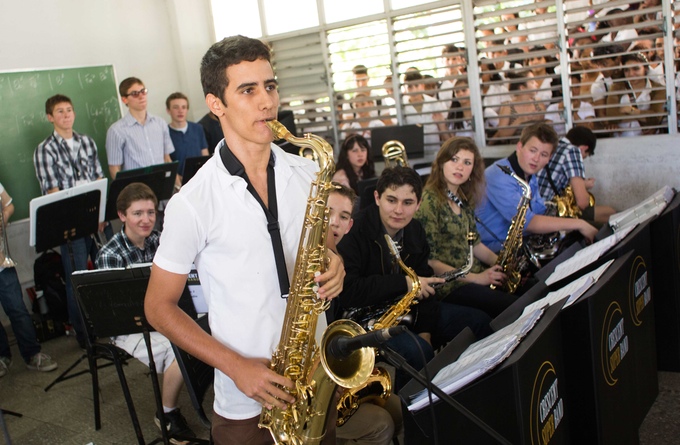 Jeff Coffin is releasing a new album with Caleb Chapman’s Crescent Super Band called “Inside of the Outside”.

All proceeds from the album will support young Cuban musicians at the National School of the Arts in Havana.

The tunes on the new album properly represent Jeff’s passion for music and talents as a saxophonist and composer.

After recording the first two tracks of the album on a recent landmark concert tour to Cuba, Jeff and Caleb agreed that all album proceeds should be used to benefit the talented young musicians at the Escuela Nacional de Musica in Havana.

While fantastically dedicated, these students simply don’t have access to the equipment and music required to make their dreams a reality.