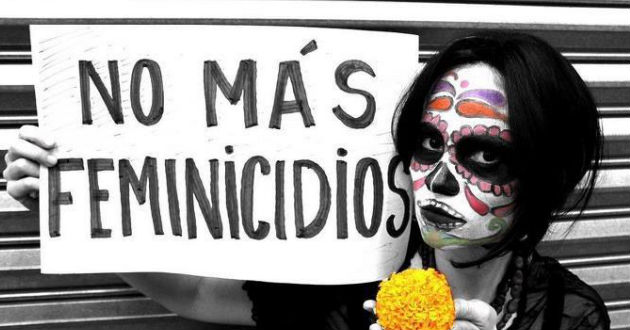 LatinaLista — Femicide, the killing of women, has dominated headlines in Mexico ever since now-deceased Juarez activist Esther Chavez first brought the gruesome activity to international attention in the 1990s.

According to the National Citizen Femicide Observatory, a coalition of 43 groups that document the murders, six women are assassinated every day in Mexico. Unfortunately, families and loved ones receive little help from local authorities in getting justice. Only 24 percent of the 3,892 femicides the group identified in 2012 and 2013 were investigated by authorities. And only 1.6 percent led to sentencing.

The rate of femicides has been described by Ana Güezmes, the local representative of United Nations Women, as being pandemic — in a country where 63 percent of the women suffer some form of abuse by men.

Whether it’s thanks to social media, a generation empowered to stand up against corruption or a citizenry tired of rampant impunity, greater awareness and louder demands for justice are sweeping the country.

In what is described as “historic,” five men were recently found guilty of killing 11 women near Juarez and sentenced to 697 years in prison. Prosecutors say the men lured the women with promises of jobs but forced them into prostitution and human trafficking before killing them.

While the life sentence is a start in the right direction, the reality is that there are many more murders of women that are still unsolved or the guilty live without fear of paying for their crime.

In an effort to illustrate they take the issue of women being murdered seriously, the Mexican government declared this week the first-ever “gender alert.” It means that authorities have to take “urgent action” to prevent the killing of women and to speed up investigations of hundreds of unsolved cases.

For now, the alert targets 11 municipalities in the state of Mexico, surrounding Mexico City, where it’s reported 55 percent of the cases of violence and crimes against women occur in the country.

Though the details of the alert have yet to be created, the goal, according to José Manzur Quiroga, secretary general of the government, is to create a program that builds upon a culture of human rights awareness and improves response time to emergency calls and access to justice.

Affordable housing proves hard to come by in one Texas town
Comment
Crowdfunder: Throwing a summer prom for LGBTQ youth