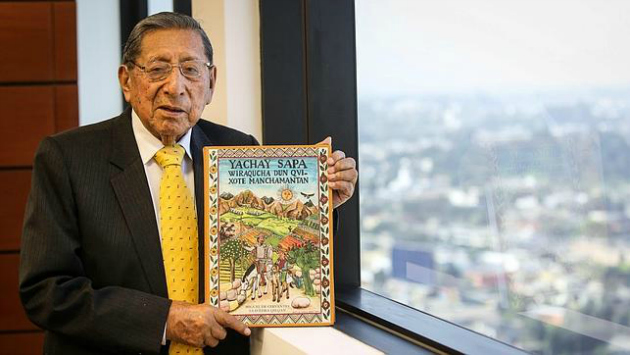 LatinaLista — The timeless tale of Alonso Quixano, better known as Don Quixote in the book The Ingenious Gentleman Don Quixote of La Mancha celebrates 400 years of literary notoriety this fall. Written by the Spanish novelist Miguel de Cervantes Saavedra, the story revolves around the adventures of a middle-aged man’s fascination and love for the ideals of chivalry.

Cervantes wrote the book in two parts, publishing the first part in 1605 and the sequel ten years later in the fall of 1615. Since that time, the book has been used in countless classrooms of all grade levels the world over for study and help in learning the Spanish language. Along the way, the book has attracted additional fans with translations in 70 different languages.

In honor of the upcoming anniversary, two new (known) translations are joining the vast library of Don Quixote. One translation will be in Spanglish, as Latina Lista reported on earlier this month. The other translation is for a language that not many people in the developed world hear but it’s the mother tongue of more than 10 million people in Peru, Bolivia, Argentina, Chile, Ecuador and Colombia.

The Incan language Quechua is the latest translation to join the list. Ninety-one-year-old Peruvian journalist and professor, Demetrio Túpac Yupanqui, took ten years to complete his project. Fluent in Quechua and renown as a scholar of the language, the former EFE journalist was tasked to do the translation by Spanish journalist Miguel de la Quadra-Salcedo.

As a result of his first translation, the octogenarian was recognized by the Spanish king with a proclamation. Yet, perhaps the most meaningful recognition for his work came from the Council of the four Incas, who awarded him the title of Amauta Capac Apu, meaning great teacher and master.

One look at the Quechua language illustrates that translating this massive work into this ancient language was not just a huge undertaking but had to be a labor of love for this Incan descendant.

A look at Quechua:

“Somewhere in la Mancha, in a place whose name I do not care to remember” is translated into Quechua as: “Huh kiti, La Mancha llahta sutiyuhpin, mana yuyarina markapi.”

Announcing America’s 11 Most Endangered Historic Places for 2015
Comment
In CT, Borinqueneers honored with major thoroughfare but input left out of design for Congressional Gold Medal