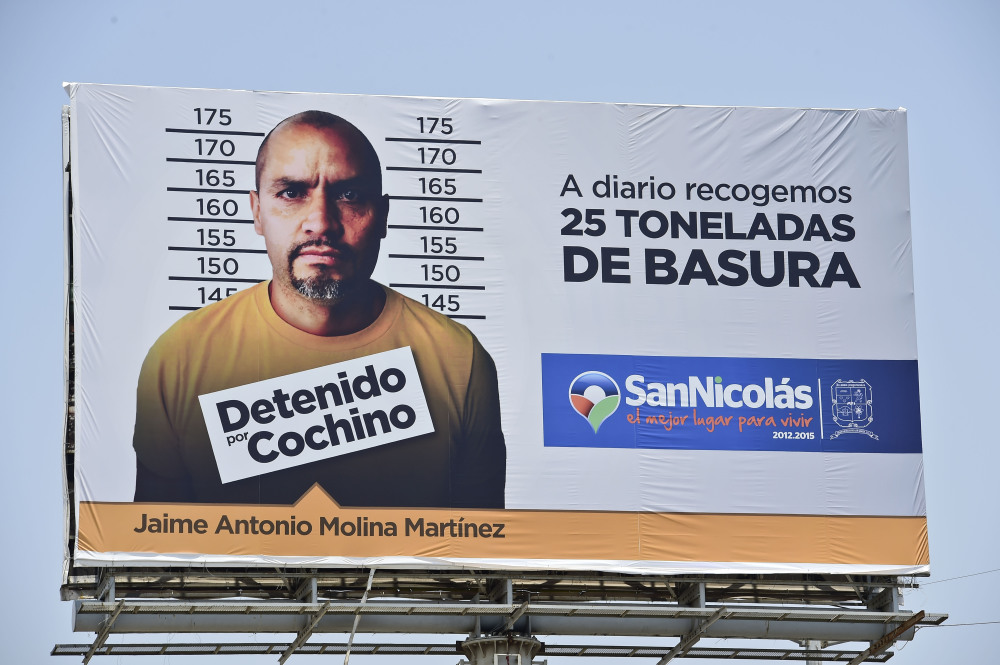 LatinaLista — Jaime Antonio Molina Martínez will probably think a long hard time before littering the streets again of San Nicolás de los Garza, a suburb of Monterrey, Mexico. And if he doesn’t, chances are there will be plenty of people around who can remind him what happened the last time he littered.

Molina Martínez had the unlucky fortune of being the first “poster model” for a new billboard anti-littering campaign. Now, litter bug offenders, like Molina Martínez, can no longer get away with just paying a fine for their messy habits. On the third offense, litterers get arrested and have their mug shots taken and plastered, along with their full names, on highway billboards with the caption: Detenido por Cochino. (Detained for being a pig.) Adding insult to injury, the litterers still have to pay a fine.

While any anti-litter campaign’s goal is to keep a city clean, the mayor of San Nicolás de los Garza, has an even better reason for tackling the litter bugs in his town. On a daily basis, 25 tons of garbage have to be collected. It’s not just a cleanliness problem but because the street trash can block the sewers and drainage systems, causing streets to flood during the rainy season, it’s a safety issue as well. 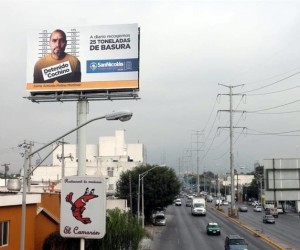 “We have to do something to change what is happening,” said Pedro Salgado, mayor of San Nicolás. “We have one of the best (sanitation) services of the country but we still have a huge quantity of trash that we pick up from our streets every day.”

Guest Voz: It will take innovative education to solve the talent dilemma
Comment
Crowdfunder: Getting mattresses to Philadelphia's Rescue Mission before Papal Visit