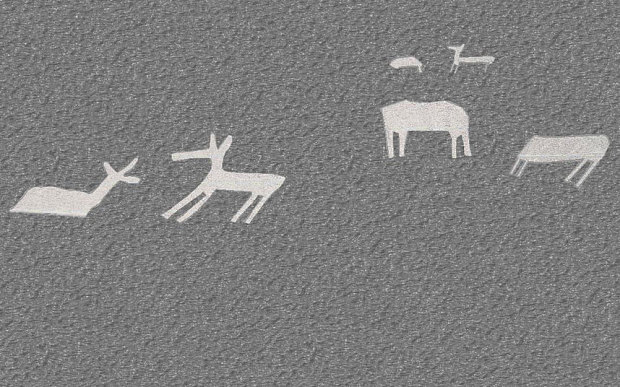 LatinaLista — Japanese researchers from Yamagata University announced the discovery of 24 geoglyphs among the infamous images in Peru known as the Nazca Plateau. The scientists found the glyphs less than one mile from the city of Nazca and believe they date from between 200BC and 400BC, making them older than the iconic Nazca images that are estimated to have been created between 400AD and 650AD.

The newly discovered images are less distinct but some are thought to depict llamas. The figures are also much smaller than the other Nazca images and range in size from 16 feet to 66 feet tall. Researchers can tell that the earlier images were created with a different technique from the larger, more well-known ones and it gives researchers an opportunity to uncover who were these initial artists.

Yamagata University researchers have been studying the Nazca lines since 2004 and in 2012 established a full research center in Peru. Since their time in the region, the Japanese archeologists have discovered about 400 man-made lines and 50 recognizable geoglyphs. So far, the group has identified five distinct new groups of images.

“Because they have been degraded, it is difficult to determine the exact shape of the picture on the ground of all the animals,” the researchers said in a report submitted to the Peruvian government.

Using a three-dimensional scanner and photos to accentuate the lines and identify the images, the scientists are now worried about further deterioration of the images if the public should discover them, given that a new bridge into the area is being built by the local government.

However, regardless of how many tourists come to see the images for themselves, the researchers feel these aren’t the last images to be found.