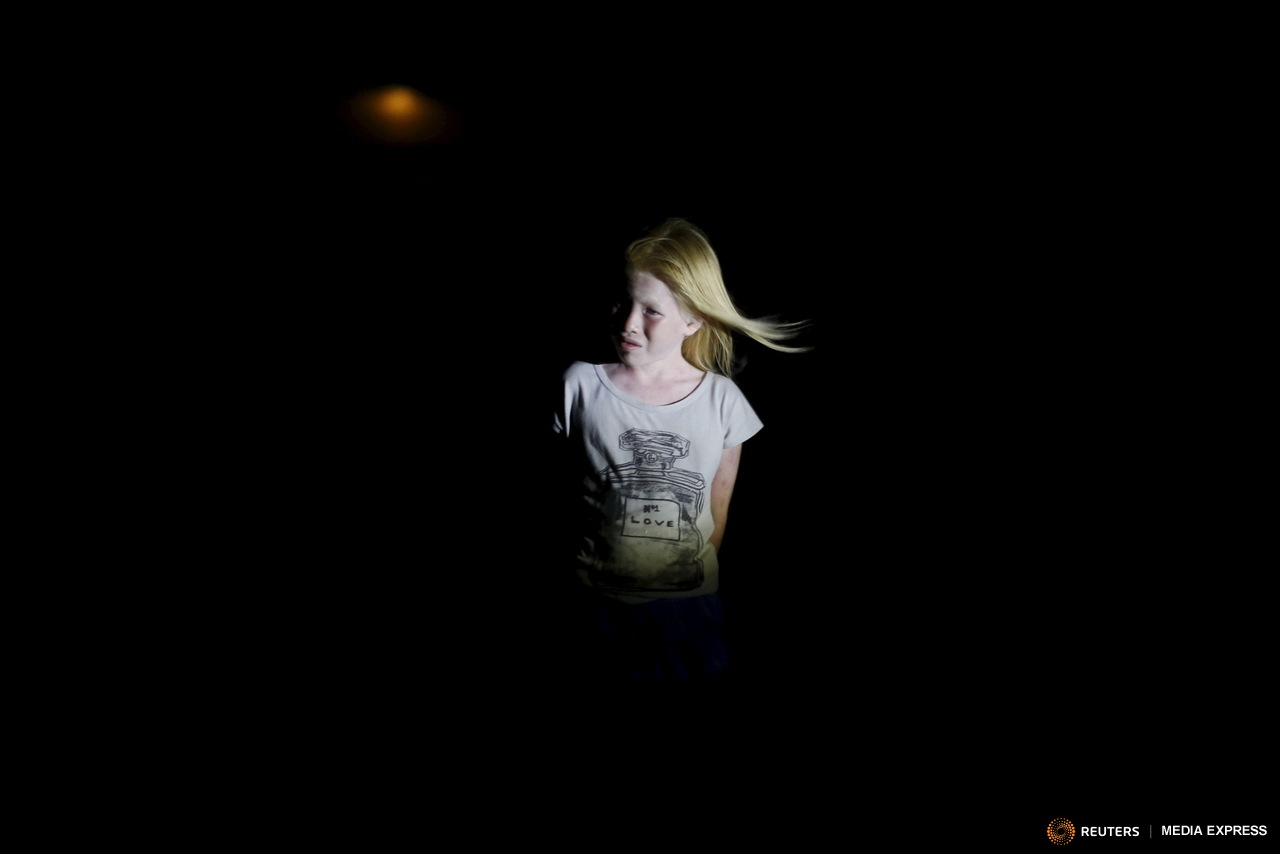 GUNA YALA, Panama (Reuters) – For years, the alabaster-skinned people born on this sun-scorched constellation of islands off Panama’s Caribbean coast have been venerated as the Grandchildren of the Sun.

But that same sun – their mythic, celestial ancestor – is also their greatest foe.

Experts say there are hundreds of albinos among the 80,000 indigenous Guna, or Kuna, who live in Panama, nearly half on the mainland of the Guna Yala region and three dozen of its 365 palm-speckled islands.

There has been no census but Pascale Jeambrun, founder of the local S.O.S Albino organization, says one in every 150 Guna children born is albino.

In some countries like Tanzania, albinos can be persecuted and killed as a symbol of bad luck, or witchcraft. But the Guna treat their albino children with love and respect.

“As the ancestors say, it’s a blessing,” said Yira Boyd, mother of 6-year-old Guna albino girl Delyane Avila, who lives on the island of Ailigandi. “If you look after them you can arrive at that special place in the heavens.”

Though not persecuted, Guna albinos face another threat: the tropical sun that can cause them eye problems and skin cancers.

More than half the region’s albinos suffer some form of skin cancer, said Jose Jons, a doctor on the island of Ustupu, compared with an incidence of less than 1 percent in the global population, according to World Health Organization figures.

As modern medical knowledge about the illness has begun to penetrate the region’s atolls, reported cases of skin cancers have risen, said Rosa Espana, head of dermatology at the national oncology institute in Panama City.

She now sees about three Guna albinos a week in her clinic, about three times the number that came until three years ago.

“Until there’s a good cancer prevention campaign focused on the Guna, or a dermatology center there, the problem is going to keep getting worse for the Guna albinos,” Espana said.

Doctors consulted by Reuters said the number of older albinos dying from skin cancer has been rising, but Panama’s health ministry does not keep a tally.

The gray eyes of the Guna albinos are also vulnerable to nystagmus, an involuntary eye movement which can impair vision.

Because of their sensitive skin, young Guna albinos must be shuttled to and from school, avoiding the baking heat, while they watch their friends play in the streets.

Albinos were not always treated well by their fellow Guna.

After Spain colonized the region, until the end of the 19th century, the Guna slaughtered their albinos in the misguided belief they were related to their European rulers, said local albino spiritual leader Maximiliano Ferrer.

From the start of the 20th century, a spiritual reformation blossomed among the Guna, who rediscovered their traditional beliefs and a love of their albino offspring.

According to local legend, the first albino sent to the Guna people by their God, Baba or Bab Dummat, was known as Mago, and considered the father of the sun, Ferrer said.

Samuel Jimenez, a 57-year-old albino leader on the island of Archutupu, remembers that as a child, his grandmother would make him stay up late during a lunar eclipse to ward off a mythical winged animal the Guna believe would try and gobble up the moon.

albinos, featured, Panama
Previous Post Spanish in the 21st Century
Next PostTexas' denial of birth certificates being challenged in court