Latina Lista: News from the Latinx perspective > PadreCare > PadreCare: A year of self-discovery in learning to care for my dad

PadreCare: A year of self-discovery in learning to care for my dad 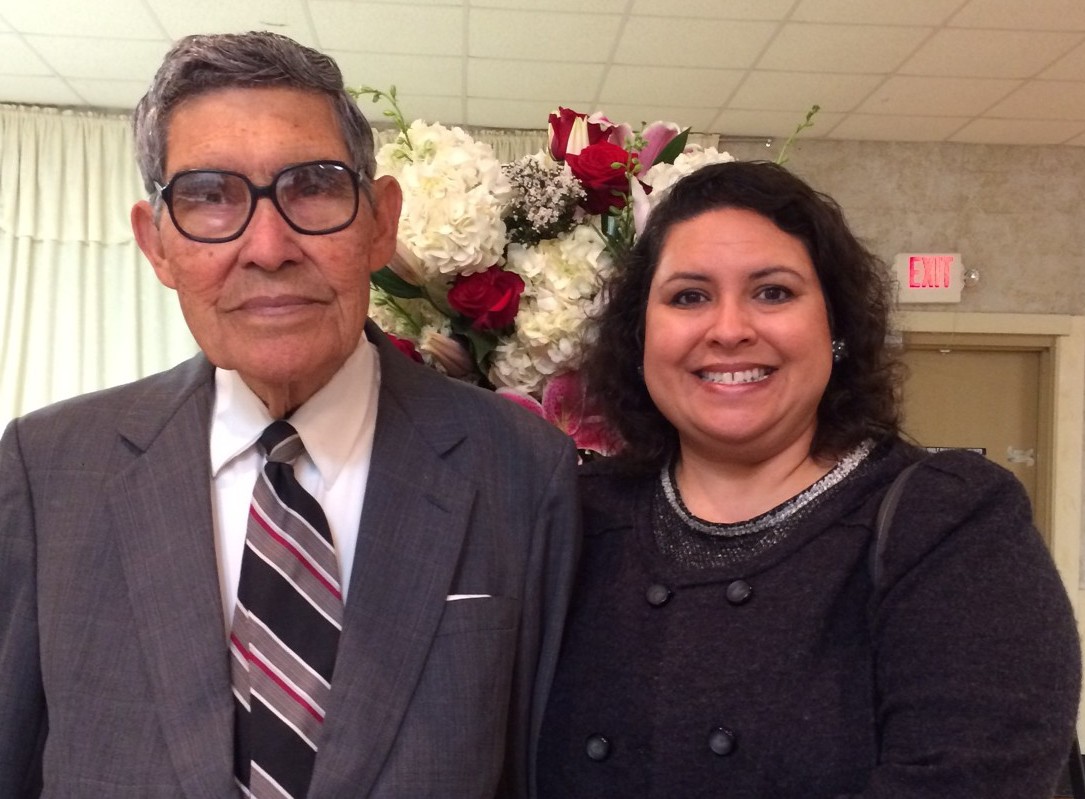 Two years ago when my dad was 88 he started having heart failure. Up until that time he had been fairly healthy for a man his age. He had a pace-maker put in around 2003 but didn’t have to take any medication except for an aspirin a day. All of a sudden he had to take about six different medications in addition to more vitamins. My sister tried to help him keep all his medication straight by purchasing a pill box with all the days of the week that specified morning and evening slots and explaining it to him. My dad couldn’t keep it straight and he wasn’t taking his medication correctly. He’d take it at different times or not at all.

He’s been a widower since 2000 and lived some-what alone. He had two tenants, two men who he’s known for many years. One lived in the house with him and one rented a small efficiency apartment behind the house but the men were busy with their own lives. Regardless, my sisters and I had the peace of mind that at least someone was in the house with him at night. Until one night when the tenant who lived in the house was out of town and my father had a bad fall in the middle of the night, with nobody there to help him up. He said he was on the floor for a long time, possibly an hour before he could finally get up by himself. He called me the next day and I went over to check on him. Not only was his side bruised but I also found his legs extremely swollen and filled with fluid because he hadn’t been taking his medication correctly.

Needless to say he spent the next two weeks in the hospital. The illness was really hard on him and he declined both physically and mentally. When it was time to discharge him from the hospital it was decided that he couldn’t go back to live alone. My sisters and I realized how much he had aged and that he couldn’t keep something as simple as the days of the week straight.

Daddy lived with my older sister for six months when he needed the most care. She helped nurse him back to health and to adjust to not living in his own house. He had a really hard time accepting that he couldn’t go back to living alone. It was a difficult six months for both of them. Thankfully his health did improve and his mind did too. He wanted his freedom back and to get around town on his own again.

He had stopped driving about two years earlier and he had become quite skilled at maneuvering the bus routes. He wanted to live with me for a couple of reasons. One is because I’m the baby and he’s lived with me more years than with any of my three sisters and he’s the most comfortable with me. The other reason is because I live directly on the bus line that takes him to the café where he enjoys hanging out and likes to people watch. He considers that bus line his pathway to freedom and independence.

So a year and a half ago my father, then 89, came to live with me and thus began my adventure with Daddy. It has been quite an experience for both of us. I’ve had to sacrifice some things, I’ve had to learn patience, which is not my forte. But most importantly, I’ve had to learn ways to care for him, work with him, how to keep him busy, and how to also have a life for me and my kids.

I realize I’ve been very fortunate. My father is really in great shape for a 90 year old man- he’ll be 91 in March. I was also very fortunate because when he first came to live with me I was working from home. Four months ago I went back to work outside the home and that has presented a whole new set of challenges.

In this column I will share some of the experiences I’ve had in hopes that I can help readers also caring for an elderly parent. In sharing my experiences you may read something that you have experienced too and my solution to the challenge may work for you. I’ll write about some VA benefits I learned about because my father is a World War II veteran. I’ll also write about the transportation in our city that provides resources for the elderly. I’ll share tips about activities for your parents if they are still mobile and especially if you have to work all day. These are just a few of the topics I hope to cover in this column and I hope that you come back and read.

Loida Casares is a native Houstonian who graduated from the University of Houston with a BA in Journalism and an MA in Communication. She works in advertising by day and is a writer and blogger at night. She has been blogging at ShoeGirlCorner.com for ten years. Loida also blogged for skirt.com, a national magazine for many years. Her “This I Believe” essay was chosen by KUHF, Houston Public Radio. She has read with Nuestra Palabra, Latinos Having Their Say several times and has appeared on their radio program on KTRU, Radio Pacifica. She has had an essay published on LiteraryMama.com and her short story “The Canal” was a Glimmer Train Press finalist.