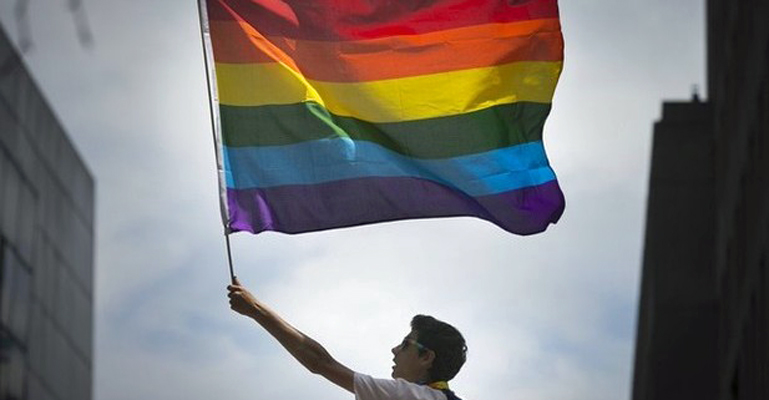 This week, Mexico became one of the few nations in Latin America and the Caribbean to give a significant boost to LBGTQ rights with a proposed constitutional reform to legalize same-sex marriage across the country.

At the same time, Mexico lives in a dichotomy between institutional progress and reality, ranking second in the world in homophobic hate crimes, with 1,310 killed since 1995. Homophobic violence and discrimination are still evident within families, at work and in public spaces. Seven out of ten LGBTQ people have experienced discrimination in schools and 50 percent at work, according to recent findings of the Executive Committee for Victims (CEAV).

The proposed reform would change the Mexican Constitution to incorporate the right for same-sex couples to wed and would reform the federal civil code to assure marriage equality. To-date, only nine of 32 states in Mexico allow same-sex marriage: Campeche, Coahuila, Quintana Roo, Jalisco, Nayarit, Chihuahua, Sonora, Mexico City – and most recently Michoacan.

The proposal would give legislative teeth to the Supreme Court decision rendered last year, which made it unconstitutional for state laws to prohibit same-sex marriage. It would also make it easier for transgender people to obtain a passport recognizing their gender identity.

If Congress approves the constitutional reform introduced by the executive, Mexico will join the select group of countries in Latin America that support same-sex marriage including Argentina, Brazil, Uruguay, Colombia and French Guiana. Chile and Ecuador allow civil unions.

On the other hand, Belize, Guyana and Caribbean islands such as Barbados, Granada, Jamaica and Trinidad and Tobago criminalize homosexuality.

The announcement of the proposed reform is an important milestone for Mexico, a country that has been traditionally conservative and where the demands of LGBTQ community have not been a top priority in a political agenda that must respond to a range of pressing social issues.

LGBTQ, Mexico, same-sex marriage
Previous Post 10 College Expenses You Didn’t Expect and How to Pay for Them
Next PostGoing on six years, one Latino artist still explaining what a Hispanic looks like

10 College Expenses You Didn’t Expect and How to Pay for Them
Comment
Going on six years, one Latino artist still explaining what a Hispanic looks like