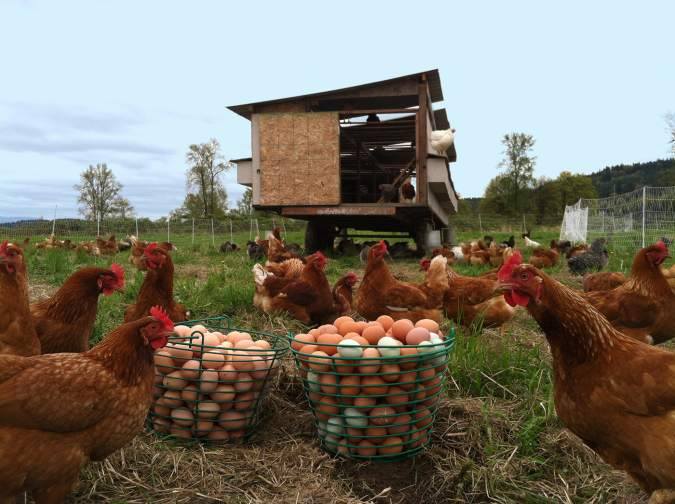 Ten years ago, Colombian native Pilar Quintero found herself knee-deep in surplus. The Atlanta, Georgia suburb farm where she had been boarding horses and giving riding lessons had subsequently given her a gift — manure.

Not wanting her surplus of manure to go to waste, Pilar set out to find a use for it. Her solution came in the form of composting. “I was basically self-taught online,” she said. “I read, researched and went to networking events.”

Pilar’s thirst for education led her to the sustainability movement. “It was scarce back then,” she said. “Urban Agriculture was not what it is today. Information was scarce. We were on a learning curve. We immediately went out and bought 75 chickens and two dairy goats!”

Soon after, the Rancho Alegre Farm would hold its first Discovery Camp for kids. “It was nice that kids could come out here and get exposure to this. They were milking goats and learning farming,” Pilar said.

Pilar was hooked at that moment. “One animal led to another animal. The more we learned about sustainability the more we learned about diversity,” she said. “We wanted to cover all aspects of growing our own food.” Rancho Alegre Farm started raising and slaughtering pigs for consumption. “We had five dairy cows and a waiting list of 150 people wanting some of our milk,” she said.

After two years of producing pork, milk, eggs and an acre of veggies, Pilar decided to pull back. “We needed to find the balance. Doing the things we like, eating healthy, educating people and still being able to provide for our family. Agrotourism was the answer,” she said.

Agrotourism has been developed over the years as a way for people to be exposed to agriculture without having to become fully immersed in farming. Corn mazes, pick-your-own-produce and bed and breakfast inns have taken the lead in Agrotourism. Basically, “Still farming on a small scale to keep it interesting for people to come and learn how farming is done,” Pilar said.

While Rancho Alegre is not open to the public, it does host a farmers market as a community outreach. Initially, Pilar tried to find a way to financially benefit from hosting the market, but soon realized the greater good was being available and open to the community.

“There’s some inconsistency in how many people will show up, but there’s value in just being here and being open and offering this service to the community,” she said.

Additionally, Pilar has positioned Rancho Alegre Farm as an educational venue and as such, has divided its services into three main groups: gather, learn and grow.

“Gather is where we host social events. Birthday parties and family events. Learn is our field trips, discovery and educational events. Grow is our farmers market,” Pilar said.

“I come from Colombia,” Pilar said. “I have visited my country so many times and as an adult, I see the value and the benefit my country has to offer agriculture.”

Pilar has incorporated many of the Colombian farming techniques she learned while visiting her country. “I learned to be resourceful. In America, you can buy a tool or piece of equipment. In Colombia, you have to use what you have. That taught me a lot.”

Ultimately, Pilar hopes other Colombians will follow her lead. “People who have agricultural knowledge at home, leave their farm lands and don’t practice here in America. I wonder why? Why don’t they buy land and use their knowledge and skills to farm here?” she asked.

Her hope is that one day, agrotourism here in America will replicate agrotourism in Colombia. “With touring the rainforest and people being able to have dinner on the river, it’s like Six Flags (an amusement park) for agriculture!”