Urban Farmist : Farmers markets are ripe with stories waiting to be discovered 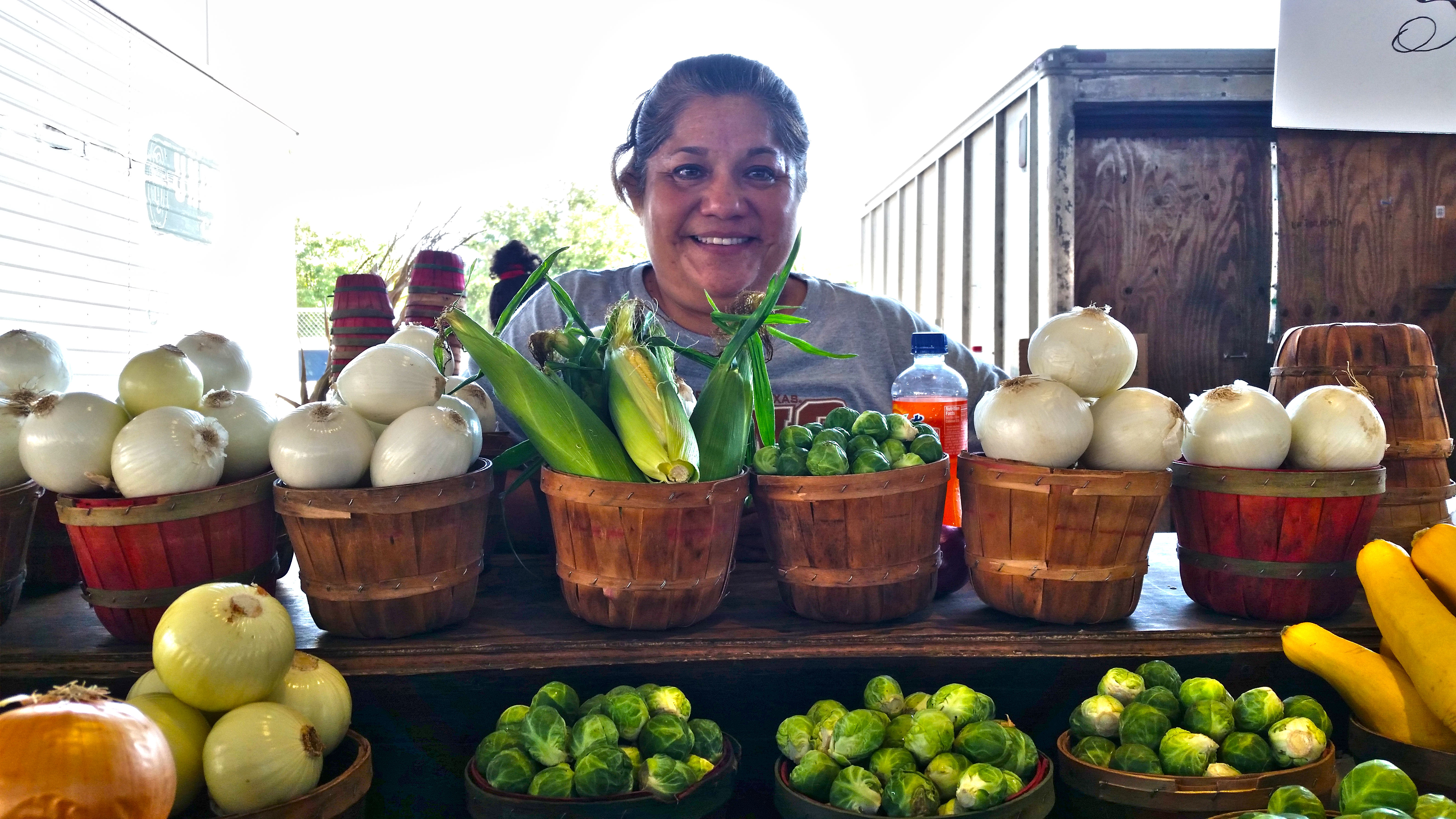 “You want some history? I can give you history dating back to 1890.” Pat of Pat’s Produce said with great pride. Pat’s history lesson was delivered in the middle of an adventure. The location was set at my local farmers market and my mission was to find someone with a story to tell.

After passing vendors of trinkets, clothing and such pleasantries as honey, dips, salsas and spice blends, I found produce stands. I asked few questions as I sampled a variety of tomatoes, apples, oranges and pineapples. It didn’t take me long to realize most of these stands were filled with fresh, beautifully ripe and incredible tasting fruits and vegetables. Most of the produce is procured from various farms around the country, farmed by someone completely disconnected from this space.

As I neared the end of The Shed I laid eyes on a large white sign with red, hand-painted lettering: “Angela’s Family Farm Locally Grown In Farmersville, TX.” Alas, my search was over.

I asked Angela how long she had been coming to the farmers market. “My whole life. My dad started coming here when I was a kid. He started the farm on 10 acres with a house,” she said, “That was before I was born.” Angela told me stories of growing up under The Shed with a lot of the people she shares the space with now.

She introduced me to her Shed neighbor Pat, who’s been a staple at the farmers market for nearly a generation. “Show him the pictures!” Angela said. Seconds later, I was handed 3 black and white photographs capturing a bustling market full of people, Model T cars and all the fresh produce anyone could dream of!

Pat looks upon those days with distant memories in her eyes. “See that little girl right there in the picture? That’s me. I was 5. And that man there is my dad,” she said. I felt the joy in her voice as she unfolded her family history for me. “My family started coming here in 1890 with a mule and a wagon.” As she spoke of the future, she drew in close. “We’re going to see how things go.”

The Shed seems to be teetering between farmers market and flea market. I sensed a growing concern among farmers wanting to keep the market unique. Holding on to the farmers market tradition goes beyond unwillingness to accept change. These folks have invested an entire lifetime bringing produce from seed to market.

On the other hand, pop-up farmers markets bring produce directly into targeted communities and can be tailored to fit specific community needs. Pop-up markets are creating waves in cities across America.

It may be time for these old staple farmers to ride a new wave. In the meantime, I want to encourage you to visit your local farmers market. But don’t just traipse about devouring delicious samples and grabbing up baskets of amazing produce. Find the story.

These tables are lined with history and experiences just waiting to be told!