Latina Lista: News from the Latinx perspective > zNew Headline > Urban Farmist: Giving thanks to those making a “sustainable” difference in our communities

Urban Farmist: Giving thanks to those making a “sustainable” difference in our communities 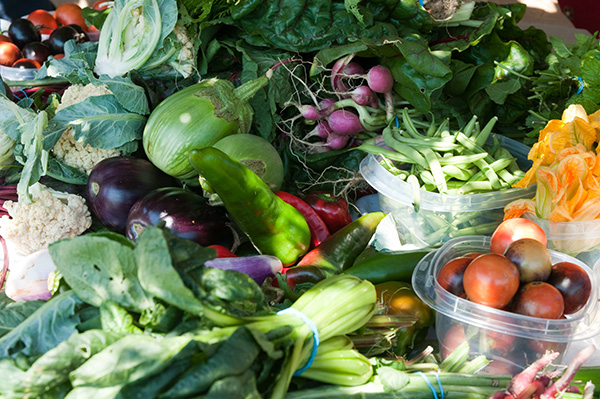 Later this week, a great number of us will gather around a table with friends and family to give thanks to those we are thankful to and celebrate our many blessings. We will gather around dishes prepared with great love, as we belly up to the table, say our prayers and eat until we cannot possibly eat any more. In light of Thanksgiving Day, I decided to write something a little different.

A few years ago, my Dad and I had the grand fortune of being able to spend Thanksgiving Day in New York City. We drove into the city the night before, explored Times Square and settled into our hotel room for a few hours of rest.

Early the next morning, we found a great place to stand on the sidewalk in front of the MetLife building and watched every float, balloon and performer of the Macy’s Thanksgiving Day parade stroll by. It was cold, snowing and felt a little bit like being inside a television set. Thousands of people flooded the city streets that morning and I was beyond excited to be one of them.

Leaving the parade route and heading off to explore parts of the city, I saw something that I will never forget. I saw a man with no shoes. No socks. Digging through a trash can, trying to salvage the remnant food and beverage items discarded by the since-dissipated flood of parade attendees. I stood, heartbroken and speechless for a moment. My Dad and I watched as he rummaged about his various trappings and I couldn’t help but stare at his feet.

Feeling lost for help, I grabbed some juice out of my backpack and handed it to the guy. Without stopping to even look at me, he grabbed it, stowed it and kept digging. He was on a mission and he was not to be deterred by juice.

A year later, I saw this same man on television. A photo of a New York City Police officer had gone viral on the internet, with his sock and boot buying gesture. It warmed my heart and I thought, “Man… that was way better than juice!”

I tell you this story for three reasons. First, I hope it will serve as a reminder, as we go about our week preparing to enjoy time with our friends and family around delicious meals and shopping adventures, that there are people all around us who are hurting.

Second, I hope it will kickstart or deepen a desire in you to get involved and make a difference in your community this holiday season. There are many resources mentioned below to get plugged in to.

Lastly, as a platform to say thank you to the many people and groups I have met over the past few months who are making a difference in our communities on a daily basis. People like my brother Joseph de Leon, who taught us about Hugelkultur. He also works with Keep Austin Fed, a food rescue group in Austin, Texas. Or, David Cole who started the Chestnut Community Garden in Dallas’ Deep Ellum. He is always looking for volunteers to help with his garden and reaching out to the community.

Maria Lott, who runs Recycle Revolution. She is in need of volunteers to help make a huge impact on waste in the city of Dallas.

The San Antonio Food Bank is doing more for South Texas than I was able to capture in my column. They are a phenomenal resource to plug into if you are in their area and want to help make a difference in peoples lives.

GreenSpaces, LocalSprout, Mitch Hagney… All of these amazing people are going above and beyond the call to make a difference in their communities and our world.

To all of you, I say thank you for your hard work, dedication and sacrifice. I am forever grateful to be a part of this journey.

Previous Post The Mextasy of William Nericcio dashes stereotypes and builds ‘mexicanidad’
Next PostCrowdfunder: Teaching teens of Rio's favelas how to build apps