Latina Lista: News from the Latinx perspective > Palabra Final > A nation growing in inequality allows racism to thrive without remorse or apology 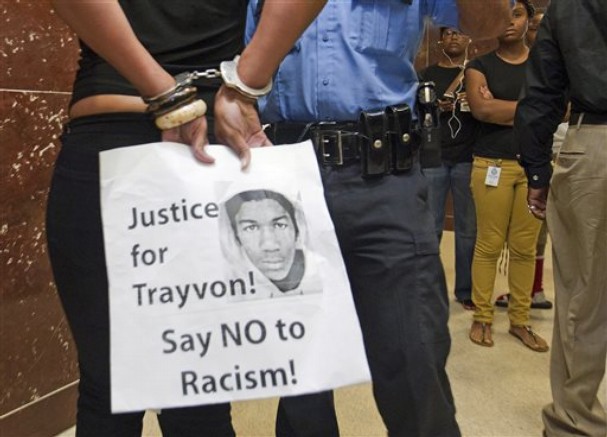 LatinaLista — While there are many lessons to be learned from the Trayvon Martin case, there’s one particular (doh) takeaway — people are not equal in this country. It sounds like a very simplistic observation but it’s more profound than we give it credit.

It’s the lack of equality that fosters racism, prejudice and discrimination and allows it to flourish and thrive without remorse or apology.

The Trayvon Martin case exemplifies the disparities in equality that people, especially male youth of color, suffer from on a daily basis. If there had been equality for Trayvon chances are George Zimmerman would not have confronted him.

How often do we fear our equals?

The Zimmerman/Martin case is but one in an ongoing series of examples where those who are considered to be less are being targeted with laws meant to disenfranchise them further.

In a Sunday appearance on NBC’s Meet the Press, Rep. Marcia Fudge, chairwoman of the Congressional Black Caucus, shared her concern on this issue:

“You look at what has happened in 2013,” she said. “We’ve got obviously the Trayvon Martin that everybody’s talking about. This is happening to black boys across this country every day. You look at the fact that we have a Supreme Court that just gutted the Voting Rights Act. … And they’re trying to do the same thing with affirmative action.

“You look at a House of Representatives who, just last week, took food stamps out of the farm bill. You look at this past week where they have decided to block Title 1.

We are being attacked from so many sides that you have to at some point decide where you can have the most impact. Now, I think that the president said what he believed. He tried to make people understand that this is not just about some kid with a hoodie. But I think also we have to look at the fact that there is a broader discussion that we need to have. Yes, we need to have a discussion on race, but we also need to have a discussion on how we are treating poor and minority people in this country.”

Yet, how can we treat people differently — or to paraphrase, treat them as we would want to be treated,— if we don’t see each other as equals?

People used to think that being a citizen made you an equal American. We know that’s not true.

Nowadays, it’s not only the color of your skin that makes you unequal but your income status and your level of education.

Laws specifically passed to rectify inequalities in these areas have been under attack by factions among our nation’s leadership who have deemed these laws to be outdated.

Why? Is there an honest assumption that everyone is equal in this country?

If equality existed why do political parties still insist on gerrymandering voting districts?

If equality existed why do women and people of color continue to get paid less than white men?

If equality existed why are black, Latino and Native American students considered far more expendable than Anglo youths and thrown into the juvenile justice system for minor infractions?

If equality existed why are so many people across the country outraged over the Zimmerman verdict?

If equality existed wouldn’t more legislators be working to preserve it than dismantling it?