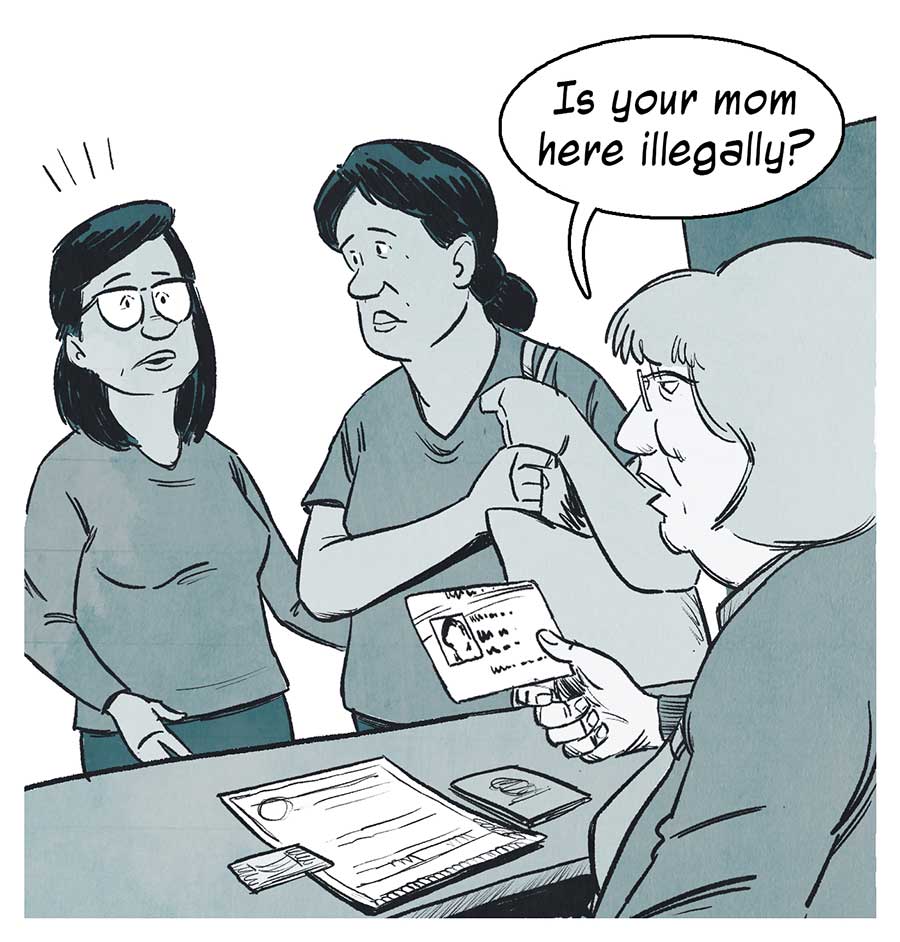 LatinaLista — Undocumented immigrants have always lived “in the shadows” of society. Yet, it depends on who is in the Oval Office as to how far their retreat into those shadows. As a result, there are many citizens who may not even realize they personally know an undocumented immigrant.

And there are other citizens who believe the politically convenient hate-filled rhetoric about the undocumented that inhibits any feelings of sympathy, empathy or compassion for this group.

For example, recently a GOP candidate running for a seat on the Dallas (TX) County Commissioners Court circulated a mailer telling voters that undocumented immigrants were to blame for the decline of the middle class.

In Texas, where it’s been reported that undocumented immigrants paid $178 million in property taxes and $1.4 billion in sales taxes in 2010, the notion that they are to blame for the troubles of the middle class is not just mean-spirited but untruthful.

However, the unfortunate reality is that too many Texas voters will fail to discover for themselves the fallacy of this aspiring politician’s reasoning and just believe what they hear.

But there’s one Midwest cartoonist who wants people to see for themselves the truth about undocumented immigrants.

Cincinnati political cartoonist, Kevin Necessary, and his station WCPO, wanted their viewers to see how one mixed-status family, where 1 or several family members are undocumented and the rest are U.S. citizens, have had their lives impacted because of the national discourse on immigration.

The cartoonist, along with a reporter, interviewed a real-life Cincinnati mixed-status family. Careful to not use their real names or likenesses in the drawings because of the threat of arrest and deportation, the two media professionals created a three-part series titled Living in the Shadows.

The story is seen through the eyes of a teen girl named Adriana. Most of the text for the series is taken directly from interviews with “Adriana” and her family.

When the series was broadcast, Cincinnati proved to be no different than most cities in the country where undocumented immigration has become a polarizing issue, drawing both negative and positive feedback.

The following video not only features background on how the series was conceived but includes the family’s reaction.

Poor People’s Campaign Gears Up for Mother’s Day Launch
Comment
Guest Voz: The illusion of inclusion by Texas State Board of Education Republicans