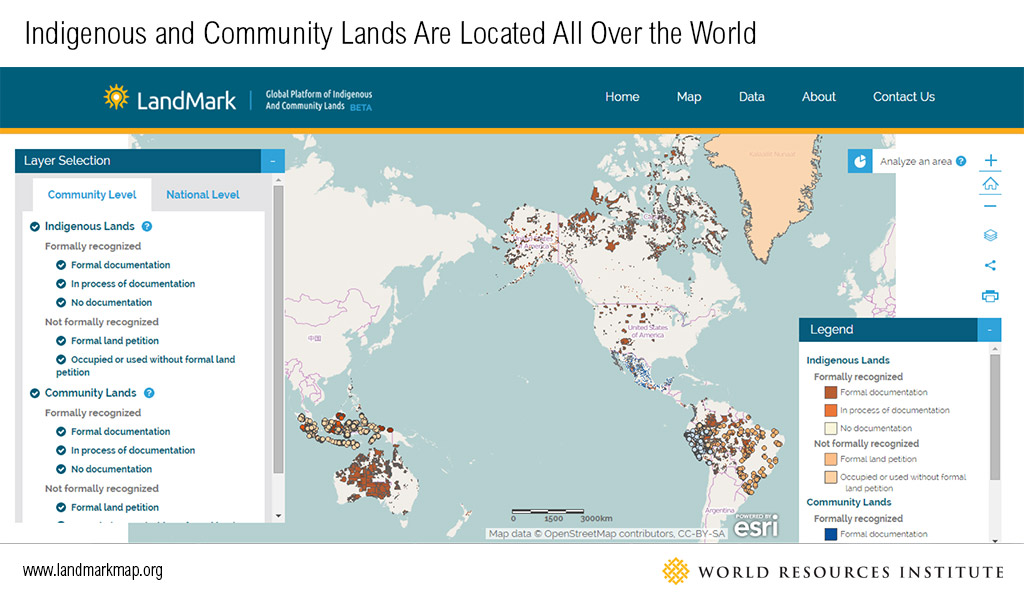 LatinaLista — University of Georgia historian Claudio Saunt reveals in his 2014 book West of the Revolution: An Uncommon History of 1776, how the United States, between 1776 and the present, seized roughly one eighth of the habitable world by treaty and executive order. Via the video, The Invasion of America, Saunt illustrates the history of the steady rate of seizures of Native American lands across the country.

The United States is not the only country.

Around the world, the indigenous continue battling their state governments, the interests of Corporate America and even drug cartels and terrorist groups to preserve their lands from being robbed of its natural resources or exploited for capitalistic gain. Only a handful of the battles get the media attention they deserve.

The problem is that the average global citizen isn't aware of where today's indigenous lands are located — until now.

the boundaries of lands held or used by Indigenous Peoples and communities, including lands that are formally recognized by government and those that are held under customary tenure arrangements. Clicking on the boundaries in the interactive map provides additional information about the lands.

A quick scan of the map starkly shows what colonization has done to the indigenous from Alaska to Brazil and the Philippines to Australia. While the map underscores the fact that the indigenous will never be able to recoup what once was their's, it does provide a tool to protect what they still have — by making the land boundaries visible for all the world to see and harder for outsiders to come in and seize them without a global fight.