Keeping challenges in perspective leads one Latina to unforeseen success

Becoming pregnant at 15 didn’t slow Aurelia Flores down or shatter her dreams. Instead it fueled her desire to succeed and become more than a statistic.

Following the birth of her son Angelo Cisneros, Flores continued her education and graduated high school a year early. College followed and later Stanford Law School, after which she was awarded a post-graduate Fulbright Fellowship to study in Mexico City.

Flores knows the power of her story and the positive influence she can have in the lives of others. Raising the visibility of positive role models encouraged her to launch PowerfulLatinas.com in 2007, a site that uses the internet to promote stories of Latina leaders and bring together “Latinas to Re-Imagine Culture Together.”

“PowerfulLatinas.com is a powerhouse of wisdom. Through an interview series of Latinas from across the nation, who have reached successful peaks, PowefulLatinas motivates and inspires women – young and old – to learn from others’ life lessons,” said Flores.

A graduate of the National Hispana Leadership Institute’s 2010 Executive Leadership Program, Flores’ accomplishments and desire to make a difference were recognized earlier this year by Poder magazine who selected her as 1 of 20 Latino Leaders Under 40.

She was also recently selected as one of 12 MillerCoors LÃ­deres which recognizes outstanding Latinos from across the nation. Flores is featured along with eleven other Hispanic leaders from across the country in a national online public voting program which will take place until October 29 at www.MillerCoorsLideres.com.

“Aurelia is an exemplary Latina leader with extraordinary vision and commitment to empowering Latinas. We are proud of her accomplishments,” said Cristina LÃ³pez, NHLI’s President.

If Flores receives the most votes she will become the 2010 MillerCoors LÃ­der and the first San Diego resident to win. She will also receive a $25,000 grant for her organization of choice. She has selected NHLI, should she win.

“The National Hispana Leadership Institute is the one national organization whose sole focus is building Latina leadership at the higher echelons of society. Without a strong foundation, it is impossible to grow to our greatest potential as a community. NHLI teaches Latina women how to pave the way for the next generation of Latino power in the U.S,” said Flores.

Flores and NHLI plan to use the funds to elevate Latina voices and build a Latina Voices Project — an online “braintrust” of experts who can elevate issues of importance to Latinos (education, health, environment, financial empowerment).

“The Latina voice is an important one in our communities,” said Lopez. “With this grant, we aim to create a project that will enable NHLI to connect more Latina leaders with media and speaking opportunities in mainstream America to elevate issues that are important to our communities.”

A practicing intellectual property attorney, Flores’ story was told in Aim High: Extraordinary Stories of Hispanic and Latina women. Following in the footsteps of Flores and motivated by her determination to succeed, her son Angelo is now a graduate of Georgetown University.

Learn more about Aurelia at a Q & A interview with her. To learn about NHLI, visit www.nhli.org 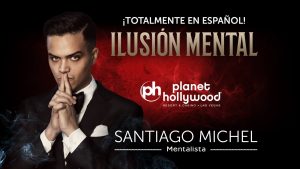