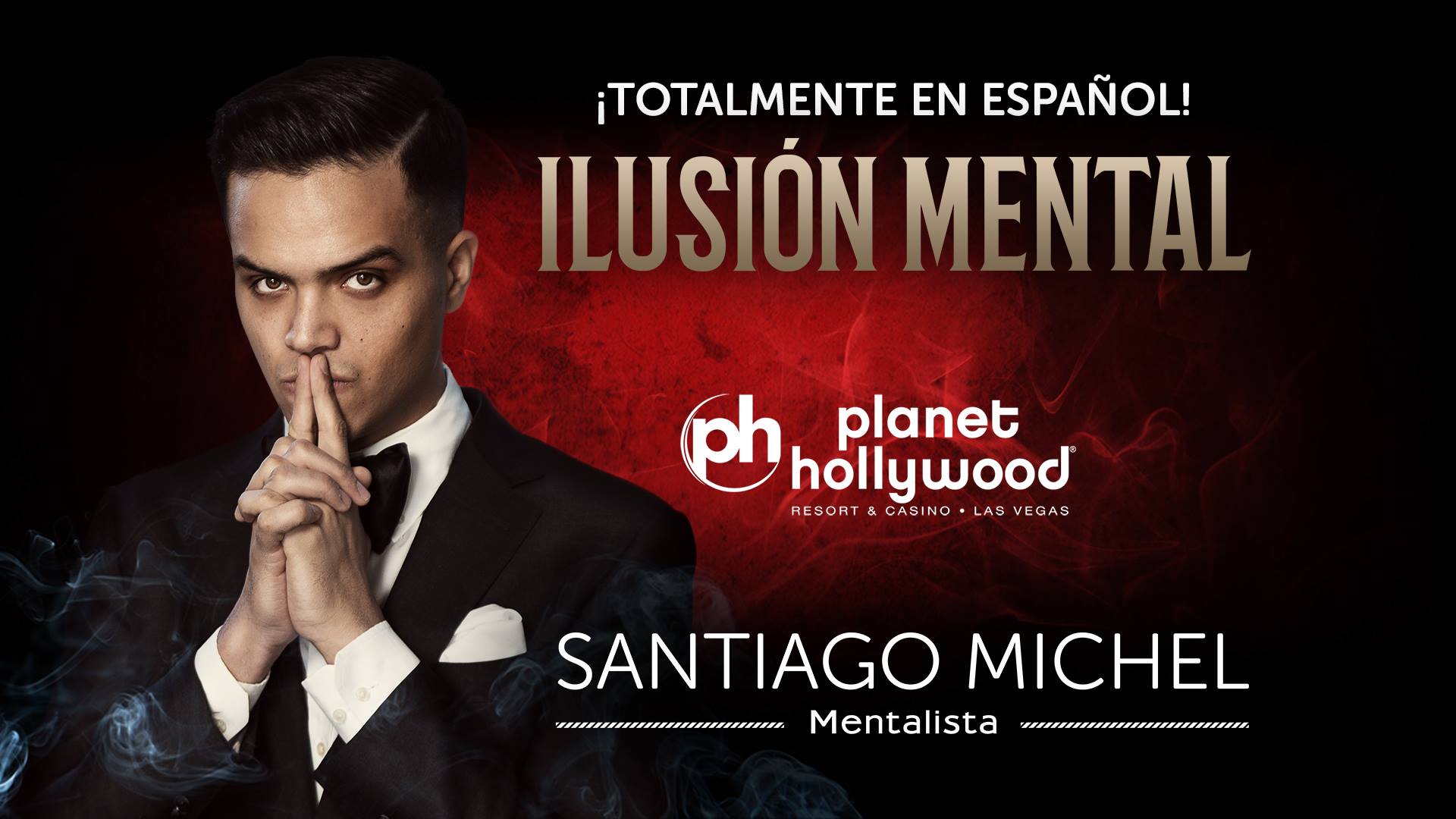 LatinaLista — Santiago Michel had an American Dream — leave his family and friends behind in Mexico City, enroll at the University of Nevada, Las Vegas’ (UNLV) Hospitality College, headline his own magic show on the Las Vegas Strip and create the first all-Spanish show in the Strip’s history.

It’s no longer a dream.

Ilusión Mental officially has its grand opening at Sin City Theater, Planet Hollywood Resort & Casino on February 7, 2018. However, initial reviews from preview shows underscore Santiago‘s talents to surprise audiences at reading their minds and creating a thoroughly entertaining show where even non-Spanish speakers can follow along, understand and enjoy.

Magic is a craft Santiago has been honing since he was 13 years-old and performing in such venues as conventions, school assemblies, and the occasional Cancun bar. He was so good at performing magic that he enrolled and was accepted to receive formal training at the Moscow Art Theater School in Russia. From there, he took off to a few countries, for what he thought was immediate fame and fortune, creating a touring show called El Mentalista.

Unfortunately, the young magician didn’t find the success he was looking for and returned home to his parents who made him promise to get a more traditional education.

“My parents told me the only way they would support me was if I went to college,” Santiago revealed to Angela Ramsey, Director of Communications at UNLV’s William F. Harrah College of Hotel Administration. “I came to UNLV because I wanted to become a professional magician, and I wanted to do this in Vegas. I mean, UNLV is the only place in the world where you can be a university student and have a show on the Strip. It is the most Vegas thing ever.”

Now a senior at UNLV and finishing his final semester, Santiago is in a position most college seniors don’t find themselves in before walking across that stage — living two dreams at once.