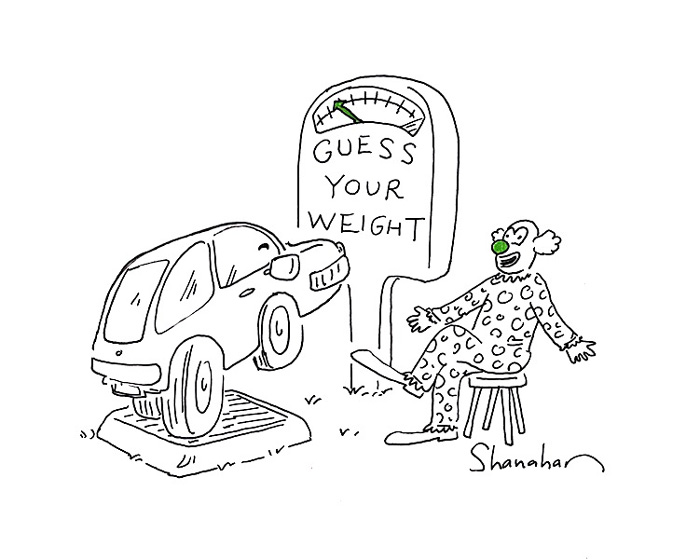 One of the fastest, easiest and most significant ways to help stop climate change is by changing driving habits. You don’t need to give up driving, and you don’t need to buy a new car!

Every gallon of gasoline emits about 20 pounds of carbon dioxide (CO2). CO2 is a gas, but if it were a solid, it would be like throwing a big bag of charcoal briquettes out the window with every passing mile marker!

Burning gas is bad for the air we breathe because it emits carbon monoxide, nitrogen oxides, microscopic particles, and other toxic chemicals. These pollutants can combine to form smog; they have been linked to cancer, heart disease, and birth defects. They may irritate your nose and throat. They can also trigger asthma attacks, making it dangerous for kids to play outside.

There are more than one billion registered vehicles on the road today. Replacing those with EVs, reports National Geographic, could reduce oil use by 21 million barrels a day and cut CO2 emissions 3.2 billion tons a year – equivalent to 60 percent of total U.S. emissions today.

Using less gas is always good for our health. It saves money at the pump, too.

Be a tortoise, not a jack rabbit – Aggressively weaving in and out of traffic, tailgating, and speeding up only to slow down can lower gas mileage 15% to 30% on the highway, and 10% to 40% in stop-and-go traffic. Patience saves gas and aggravation.

It sounds boring, but…drive the speed limit – Oak Ridge National Labs reports that driving 5 mph over 50 mph will cost an additional $0.18 per gallon in gasoline. Stick to the speed limit and stay safe.

Take off some weight – not on you, the car – The car trunk is not a storage shed. Remove excess weight to lighten the load and increase fuel efficiency. The same goes for roof racks, which create wind resistance and slow the car down. In fact, one of those boxy rooftop cargo boxes can reduce fuel economy during highway driving by 10% to 25%. A rear-mounted cargo box is far more efficient.

Park, don’t idle – When waiting around for more than a minute, turn the car off. It only takes about 10 seconds worth of fuel to restart the vehicle.

Fuel up with ethanol – Ethanol emits less CO2 and air pollutants than regular gasoline; almost 90% of vehicles on the road today can use it. Check the car’s owner’s manual.

Carpool to the max –Most parents already do some carpooling, since it saves time and makes it easy for kids to socialize with their friends. Take stock of the many driving trips each week, and carpool with friends and colleagues.

Plan and combine trips – Car engines operate better when they’re warm. Several short trips taken from a cold start can use twice as much fuel as a longer, multipurpose trip covering the same distance.

Telecommute and commute during off hours if possible – Sitting in rush hour traffic is like idling – it’s a big gas waster. Telecommute one or two days a week to avoid the commute if possible; or, try commuting during non-rush hours to shorten the drive time.

Consider mass transit and bicycling – Communities with subway, trolley, or bus systems make it easy to get out from behind the wheel.

Climate-Smart Ways to Maintain Your Car

Get a tune up, and make sure to check the oxygen sensor and air filter – This can improve your vehicle’s gas mileage by an average of 4% after the tune-up and 40% if you replace a faulty oxygen sensor. Replacing clogged air filters improves acceleration as well as fuel economy.

Pump up your tires –Tires that are under-inflated can lower gas mileage noticeably, and yet we don’t notice our tires unless they go flat. Don’t wait until they do! A good rule of thumb is, keep an inexpensive tire gauge in your glove compartment and check the tire pressure once a quarter, when the seasons change. The recommended tire pressure for your vehicle is on the sticker affixed to the inside of your driver’s side doorjamb or in your vehicle’s owner manual.

Get your oil changed and use the recommended grade of motor oil – Buy motor oil that says “Energy Conserving,” which means it contains friction-reducing additives.

Recycle your car – At least 80% of the materials in a car can be recycled, including batteries (lead acid, electric, and hybrid), tires, electronics, steel, fluids and oils, glass, and aluminum. Whether you’re replacing a battery, getting new tires, or changing the oil, make sure you’re working with a reputable dealer that will recycle the parts.

When buying a new car—either brand new or used – the key climate consideration is to choose the most affordable fuel-efficient vehicle that meets your transportation needs.

The federal Fuel Economy website makes it easy to compare vehicles ranging in size from small cars to pickup trucks and gasoline-only engines to all-electric vehicles.

Hybrids – A hybrid car runs on gasoline but uses an electric battery to increase the number of miles traveled on every gallon of gas it burns. Hybrid vehicles might be able to get as much as 55 miles to the gallon because of the efficiency boost their batteries give them. The battery in a hybrid is recharged every time you use your car’s breaks, not by plugging it into an electric outlet. A hybrid still only burns gasoline, but it is better for the climate and air quality than a gasoline-only vehicle.

Plug-In Hybrids – A plug-in hybrid uses both an electric battery and a gasoline combustion engine, but it uses power from the battery first. Some vehicles can travel 25 miles on a fully charged battery; others can travel as much as 53 miles before the battery needs to be recharged and the gasoline engine kicks in. Most drivers cover about 40 miles per day, so a plug-in hybrid means they can easily drive almost all the time using their electric battery only. But since the gasoline engine is always available, the car can cover any distance in a plug-in hybrid that a hybrid or a regular combustion engine could.

All Electric Vehicles – All electric vehicles use electricity exclusively. The beauty of an all-electric car is that it emits no CO2 or air pollution at all, except for the emissions from the electricity it uses. However, since the battery must be recharged by plugging it into an electric socket or a charging station, owners need to be able to recharge their cars easily and conveniently.

Electric cars can be plugged into a home’s regular 120-volt outlet and recharged overnight. Homeowners can also install fast charging stations to cut the recharge time more than in half. With electric vehicles on the rise, more cities, towns, retail outlets and rest stops are installing fast charging stations to increase re-charging options for drivers to reduce both “range anxiety” and the time it takes to recharge.

Of all these options, electric vehicles seem slated to become the vehicles of the future. In fact, RethinkX, an independent think tank, predicts most U.S. vehicles will be electric by 2030, just 13 years from now.

Electric cars are only as clean as their electricity source. A few states, like West Virginia and Indiana, rely heavily on fossil fuels to generate electricity. In those places, powering electric cars can release more emissions than conventional gas-powered cars. But in most places in the U.S., driving an electric vehicle is a good way to fight climate change. Before buying a car, check the Climate-Friendly Car Guide for more information.

Lest you remain a skeptic about the electric car revolution that’s already underway, keep this in mind: just a little over a hundred years ago, the main form of individual transportation was the horse and buggy! And most people used a phone that required an operator to patch them through to their party.

Maybe it won’t even take 13 years for these climate friendly cars to take over the road.

car exhausts, climate change, pollution
Previous Post Guest Voz: There’s More To Black History Than Slavery
Next PostMental health only one part of bigger problem US has with school shootings

Guest Voz: There’s More To Black History Than Slavery
Comment
Mental health only one part of bigger problem US has with school shootings