Latina Lista: News from the Latinx perspective > Columns & Features > BlogBeat > MS-13 is a street gang, not a drug cartel – and the difference matters

MS-13 is a street gang, not a drug cartel – and the difference matters 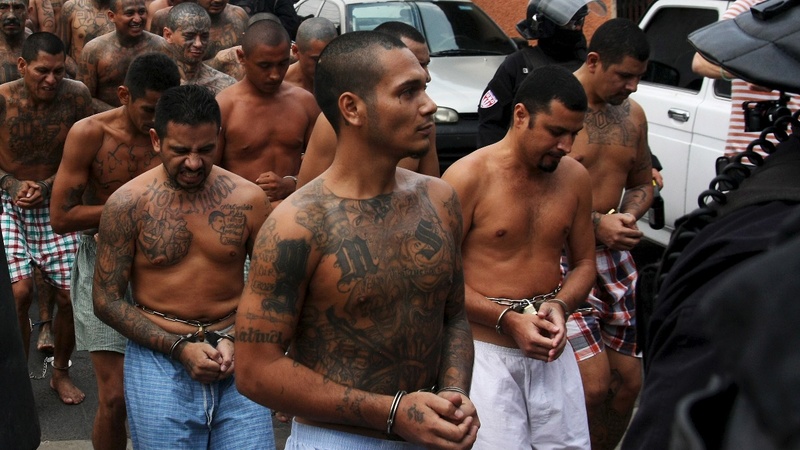 By Steven S. Dudley
The Conversation

In October 2017, Attorney General Jeff Sessions announced that pursuing the Mara Salvatrucha, a Salvadoran gang also known as MS-13, was “a priority for our Organized Crime Drug Enforcement Task Forces.”

“Drugs are killing more Americans than ever before, in large part thanks to powerful cartels and international gangs and deadly new synthetic opioids like fentanyl,” Sessions told the International Association of Chiefs of Police on Oct. 23. He concluded that “perhaps the most brutal of these gangs is MS-13.”

President Donald Trump also cites MS-13 to justify his administration’s crackdown on illegal immigration from Latin America. In his 2018 State of the Union address, Trump threatened to “destroy” the group, which is responsible for a spate of brutal, high-profile murders in Boston, Long Island, Virginia and beyond.

There’s a problem here – and it’s not just MS-13’s violent ethos. It’s that the Trump administration is getting this gang all wrong.

I spent three years at American University’s Center for Latin American and Latino Studies chronicling the MS-13’s criminal exploits for the National Institute of Justice. Our study proves that MS-13 is neither a drug cartel nor was it born of illegal immigration.

That misconception is fueling failed U.S. policies that, in my assessment, will do little to deter MS-13.

Together, we’re going to restore safety to our streets and peace to our communities, and we’re going to destroy the vile criminal cartel, #MS13, and many other gangs…

The Trump administration is not the first administration to mischaracterize MS-13, which conducts vicious but rudimentary criminal activities like extortion, armed robbery and murder across Central America, Mexico and the U.S.

In 2012, the Obama-era Treasury Department put the group on an organized crime “kingpin” list with the Italian mafia Camorra, the Mexican criminal group the Zetas and the Japanese mob known as the Yakuza.

That designation gave the group a rarefied status in the underworld, which must have pleased its leadership.

But our research found that MS-13 is hardly a lucrative network of criminal masterminds. Instead, it is a loose coalition of young, often formerly incarcerated men operating hand to mouth across a vast geographic territory.

MS-13 was born in Los Angeles in the early 1980s, when scores of Salvadorans, many of them fleeing the country’s civil war, arrived to California. Like other Latino immigrant groups, the new arrivals formed a youth gang of the sort proliferating in L.A. at the time.

Then as now, MS-13 acted as a surrogate family for its members, though not a benign one. MS-13 created a collective identity that was constructed and reinforced by shared experiences, particularly expressions of violence and social control.

It has since spread to at least a half-dozen countries on two continents and has become a prime source of destabilizing violence, particularly extortion, in Central American countries like El Salvador and Honduras.

What MS-13 has not done is establish any real foothold in the international drug trafficking market.

It’s not for lack of trying. Our study found that MS-13 leaders have made several attempts to get into the business of running illicit drugs.

In the early 2000s, one MS-13 boss named Nelson Comandari tried to use the gang’s national criminal infrastructure to establish a drug distribution network. Comandari was well positioned to do it. He was powerful in L.A., had underworld family connections from El Salvador to Colombia and enjoyed strong ties to the feared Mexican Mafia, a U.S.-based prison gang with connections to Mexican cartels.

Yet within a few years Comandari was frustrated. MS-13 members turned out to be inept at drug smuggling and resistant to the whole idea. Our research found that the gang frowns upon those who put their personal business above the collective’s.

Comandari eventually went into the drug business on his own and was captured along the Texas-Mexico border in 2006.

A few years later, one of Comandari’s former lieutenants also tried to establish an international distribution pipeline between MS-13 and the Mexican drug cartel La Familia. The deal was thwarted by U.S. law enforcement in 2013.

Subsequent efforts have gotten nipped even sooner. In 2015, a midlevel MS-13 leader named Larry Naverete – spelled Navarrete in some federal documents – began smuggling small loads of methamphetamine into the U.S. via an MS-13 member operating from Tijuana.

Within two years, police on each side of the border had captured Navarete, who was operating from the California State Prison System, and his Mexican partner.

Why MS-13 fails at drug trafficking

One reason MS-13 has failed so roundly at becoming a drug cartel is that it is more of a social club than a lucrative criminal enterprise. Its members benefit from the camaraderie and support that comes with membership – not the heaping monetary rewards that never arrive.

Entrepreneurs who hope to leverage its network for their personal financial gain see the same strong resistance that scuttled Comandari’s plans.

Perhaps more critically, MS-13 is a decentralized organization with no clear hierarchy. The gang is broken into local cells called “cliques” – or “clicas” in Spanish – that are more loyal to each other than to the various leadership councils that operate around Central America and the U.S.

Put simply, it has no leader. So what looks on paper like a tremendous built-in infrastructure for moving illicit products across borders is actually a disparate, federalized organization of substructures with highly local, even competing, interests.

Finally, MS-13 is mostly about immediate gratification. It helps members eke out a living and get some perilous criminal thrills. That’s why extortion is a staple. Complex supply chains? Not so much.

These findings suggest that the U.S. could fight MS-13 by better protecting the vulnerable young Latino kids who become its recruits – funding social and educational programs in immigrant neighborhoods, for example, or financing more early child intervention programs.

Instead, the Trump administration has used MS-13 as a foil to push its political agenda.

To justify imposing draconian immigration restrictions, Trump and Sessions link MS-13’s crimes to the issue of illegal immigration. Their rhetoric suggests that the group is staffed with undocumented migrants, thus proving that migrants are dangerous. In fact, statistics confirm that immigrants commit crimes at far lower rates than native-born U.S. citizens.

Conflating the gang with the sophisticated cartels currently waging a bloody war in Mexico likewise serves the administration’s goal of tightening border controls. It makes MS-13 seem like a foreign invader, not a homegrown threat. I suspect this rhetoric may also help Trump make the case that the U.S. should impose longer jail sentences for drug trafficking-related crimes.

What harsh law enforcement tactics aimed at ending immigration and breaking up drug cartels won’t do is address the real problems posed by MS-13 and other very violent, very American street gangs.

Steven S. Dudley is a senior fellow at the Center for Latin American and Latino Studies at American University.