The Democratic Party is facing a demographic crisis 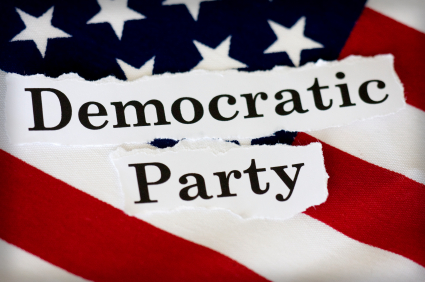 By Musa al-Gharbi
The Conversation

This success spread to down-ballot races as well. Democrats expanded control over the House and the Senate, and they controlled most governorships and state legislatures nationwide.

Many progressives came to believe these results were not a fluke. Obama’s coalition seemed to herald an emerging Democratic majoritythat stood to reshape politics as we know it.

The logic was simple. Most of those who are young, college-educated, women or minorities lean left. Older white men leaned right, but whites were declining as a portion of the electorate due to immigration and interracial unions. Therefore, as the older generation passed away and a younger, more diverse and more educated cohort stepped into the fore, America would become more progressive in an enduring way.

Right now, these predictions are not looking so good. In a virtual inversion of 2008, only worse, Republicans control both chambers of Congress and stand to expand their control of the Senate in 2018. Republicans also dominate state legislatures and governorships nationwide.

It may be tempting to hold onto the faith in an emerging Democratic majority. Some predict Trump will self-destruct and his followers will be consigned to irrelevance, to the “wrong side of history,” as President Obama often phrased it.

On the one hand, as a social psychologist, I understand this impulse toward comforting thoughts. However, given my background in applied social epistemology, I also know it is imperative for progressives to have a clear-eyed view of the situation at hand.

The Democratic Party is in crisis. Demographics will be unlikely to save them. If anything, the trend seems to be going in the other direction.

From ballot counting to exit polls

The Democratic coalition rapidly deteriorated after the 2008 election. In the 2010 midterms, the Democrats lost the House in the most sweeping congressional reversal of the preceding 62 years. The hole only got deeper in 2014, as the Senate also came under Republican control.

Between 2008 and 2016, there was a dramatic downward trajectory across presidential races as well.

In 2016, Hillary Clinton won the popular vote by 2.87 million votes. Even if she had won the presidency, her performance would have marked another steep decline in Democrats’ margin of victory, down a whopping 66 percent from 2008. It would have been the narrowest popular vote margin of any winning candidate since the 2000 election.

To better understand this loss, I turned to exit polls, surveys of voters taken directly after voting. Exit polls are a great resource for understanding why a Democratic majority has failed to emerge over the last 10 years. They are specifically designed to help pundits and analysts make sense of electoral outcomes and produce narrative frames.

As one might imagine given the Democrats’ breathtaking electoral collapse, there is basically nothing but bad news for Democrats across the board. The data showed that the voting patterns of key demographic groups shifted dramatically downward from 2008 through 2016.

Despite these trends, many popular narratives about the 2016 election seem to reinforce the concept of an emerging Democratic majority.

For instance, there is a common misconception that Trump was ushered into power by old, white, economically disenfranchised men. However, according to the exit polls, Trump actually did worse than Romney among whites and seniors, but outperformed him among blacks, Asians, Hispanics and young people.

While the Democrats lost a lot of support among low-income Americans, I think it would be a mistake to interpret these as Trump’s base. He won a plurality of every income bracket above US$50,000 as well. He also won more non-Christian and nonreligious voters than any Republican since the 2000 election.

However the biggest surprise of 2016 probably relates to gender. The first major party female candidate for president, running against a notorious misogynist, captured the Democrats’ lowest share of female voters since 2004. And although Trump also got a lower share of female voters than his last three Republican predecessors, he nonetheless won over a majority of white women.

Granted, Trump’s candidacy and campaign were exceptional. However, it would be a mistake to think of these outcomes as aberrations rather than the culmination of a long-running trend. Contrary to the emerging Democratic majority thesis, there does not seem to be any demographic category with which Democrats are progressively improving.

However, there are lots of them on the Republican side.

The perils of identity politics

Democrats may try to assure themselves that things are not so bleak. The party still pulls in nearly 90 percent of the black vote, two-thirds of Hispanic or Asian votes, and majorities among racial and ethnic “others.” They continue to capture a majority of women and young people. While the exit polls show that Republicans have been consistently chipping away at this coalition, the trend does not suggest the GOP will actually win majorities from any of these groups anytime soon.

But here’s the rub: Republicans actually don’t need to outright win – or even come close to winning – any of these demographic categories in order to come out ahead. If minority turnout is low, Republicans win. If Democrats fail to capture 2012 levels of black, Hispanic and Asian votes, they lose. It doesn’t really matter if lost votes go to Republicans or independents – the outcome is the same.

The Democrats’ current coalition presents a very narrow path to victory. Minority groups like LGBTQ, Jewish, Muslim, Asian, black or Hispanic Americans each comprise just a small slice of the electorate. Meanwhile, whites amount to no less than 70 percent. This means Democrats can get 100 percent of the votes from all other groups combined, and still not be anywhere near a majority unless they get at least a third of the remaining white vote. However, Democrats do not have unanimous support from any of these populations.

Minority votes also tend to be concentrated in relatively safe states and voting districts. To win statewide or national races, Democrats would have to capture an even larger share of the white vote than the raw electoral share data would suggest – particularly in rural and suburban areaswhich tend to have higher turnout despite their lower populations.

Unfortunately, most of the “favorable” demographic shifts for Democrats have occurred in districts that are basically noncompetitive. So long as this trend holds, Democrats stand to benefit little, if at all, in terms of congressional seats or Electoral College votes, regardless of how many more Americans happen to fall into Democratic-leaning categories.

Moreover, ideological affiliations and perceived interests tend to grow more diverse within groups as they expand. Therefore, while Hispanic and Asian voters currently skew heavily toward Democrats, Republicans could actually end up benefiting more in the long run from the projected demographic shifts.

Finally, Democrats rely heavily on irregular voters to win national contests, particularly during years with presidential elections. This group tends to stay home unless they are actively inspired. And even when these voters truly believe in a candidate or cause, they can be easily discouraged from going to the polls.

Adjusting for relative participation rates, internal disagreement and uneven geographic distribution, a winning Democratic coalition would likely require a ratio of at least one non-minority white for each minority constituent. And to the extent that Republicans actually do rally the white vote – again, Trump did not – Democrats’ margin for error more or less vanishes. Yet Democratic support among white voters has plummeted in every election since 2008. This trend is not sustainable if progressives aspire toward any kind of majority coalition in any foreseeable future.

Obama’s election was not the first time Democrats prophesied a permanent majority. Similar claims were made prior to the ascendance of Nixon, and then again just before Reagan took the country by storm. This track record alone should inspire deep skepticism about deterministic and epochal political predictions.

Progressives don’t have any kind of “lock” on the future. In the near term, absent radical change, the situation may even grow worse for them.

But Republicans should hardly grow complacent with their apparent advantage either. In U.S. politics, overwhelming majorities tend to be unstable. Nothing is truly inevitable until it actually happens.

Musa al-Gharbi is a Paul F. Lazarsfeld Fellow in Sociology at Columbia University.