Latina Lista: News from the Latinx perspective > Columns & Features > BlogBeat > The other immigrants: how the super-rich skirt quotas and closed borders

The other immigrants: how the super-rich skirt quotas and closed borders 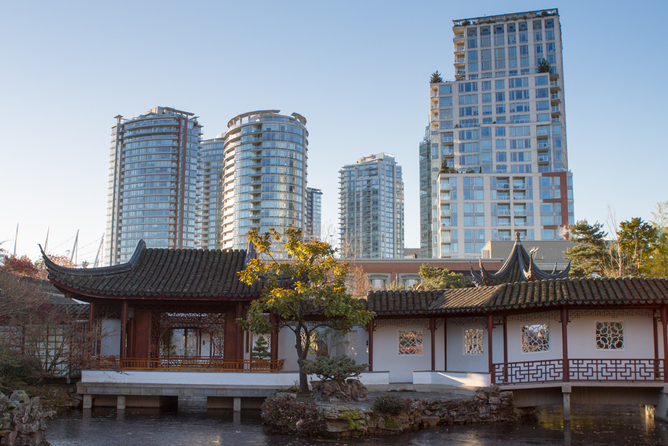 By John Rennie Short
The Conversation

The mass media are filled with images of desperate refugees struggling to escape civil unrest. But it is not only the poor and the displaced who are on the move. The rich, especially from countries such as Russia and China, are also leaving their home countries, but they are not faced with fences and rejection but welcomes and encouragement.

A review of these policies highlights the dramatic differences between rich and poor when it comes to immigration. It also reveals the dubious economic benefits of catering to the super-rich.

Canada was the first rich country to go after the wealthy. Under its Immigrant Investor Program, first introduced in 1989, foreign nationals could gain residency in Canada by loaning (Canadian) $800,000 interest-free to any of the provinces for five years. The program was very attractive first to wealthy people from Hong Kong and then mainland China, as it was a relatively cheap method to gain residence in a secure, safe country with generous social benefits. More than 130,000 individuals entered Canada through this program. Vancouver became such a popular destination that locals refer to it as Hongcouver.

While the program was a boon to wealthy Chinese, it was seen increasingly in Canada as a too-cheap selling of their citizenship with negative effects on property markets by raising prices. When the program was cancelled in February 2014, it had 59,000 pending applicants, 45,000 from mainland China. At its peak in 2005, the program was responsible for almost 11% of the roughly 250,000 immigrants allowed into the country each year.

The UK has a Tier 1 investor visa for those from outside the European Economic Area (EEA) and Switzerland willing to invest one million British pounds in UK government bonds and UK-registered companies. It is a fast-track system that provides a visa decision within three weeks and allows you to bring immediate family members, still spend up to six months outside the UK and and gain an easy path to full citizenship: a sweet deal. Applications run, on average, about 600 a year. A recent review concluded that the entry “fee” was too low, most of the money was invested in government bonds for which there is no lack of demand, and the greatest impact was on the London property market, raising prices beyond the reach of the locals.

Since 1990, the US has an employment-based program tailored for the wealthy entitled EB5. Under this program, 10,000 visas each year are reserved for investors to receive permanent residence status if they invest at least US$1 million (only $500,000 in high unemployment and rural areas) in a commercial enterprise that employs at least 10 full-time US workers.

Studies by trade groups estimate that the program contributed $3.39 billion to US GDP and resulted in 42,000 jobs in fiscal year 2012, while a more critical review of the EB5 program came to the conclusion that the visas are too cheap, the program is badly run and the bulk of the money goes to already overheated real estate markets.

An investigation by The New York Times documented the case of a 34-story glass tower in the middle of affluent Manhattan that was classified, through selective and creative use of census statistics, as a an area of high unemployment.

The total cost of the building was $750 million, with one-fifth coming from foreign investors seeking green cards through the EB5 program. More than four out of every five applicants of the 8,500 foreign investors now come from mainland China.

Competition for the super-rich

Other countries with favored immigration policies for the wealthy include Australia, with its Significant Investor Visa introduced in 2012, popularly known as the “golden ticket,” and Singapore’s Global Investor Program. Malaysia has a “Malaysia’s My Second Home” program tailored to rich retirees.

Much of Europe now counts as a single territorial unit in terms of freedom of movement and capital mobility. Some countries use their privileged position as entry points to sell access and citizenship.

In Latvia, for example, anyone who buys property worth at least 50,000 Lats (US$96,000) in provincial cities, and 100,000 Lats (US$192,000) in Riga, receives a five-year residency permit that allows them access to other countries in Europe. Since 2012, Portugal has a “golden visa” guaranteeing two-year residence in return for a 500,000 euro investment in real estate investment or a one million euro investment that creates 30 jobs. By March 2014, 542 visas were issued, with 433 going to Chinese applicants. In 2013, Spain and Greece adopted similar programs for real estate investments of 500,000 euros and 250,000 euros, respectively. The same year Hungary gave a residence permit in return for an investment of 250,000 euros and a payment to “partners” of the government for at least 40,000 euros. This is the same Hungary that has sought at times to block the flow of refugees from Syria and Iraq in recent weeks.

Indeed, the competition for the rich is creating a downward pressure on the price of entry. In 2012, Portugal offered 500,000 euros for residency; the next year, Greece asked for only 250,000 euros.

Even as rich countries review their policies, there is one thing that’s quite clear: the rich are on the move, and more states want to attract them. But does it make economic sense to offer financial incentives to attract them?

One of the claims for those who promote and support a “cash for citizenship” approach is that it provides benefits to the country, such as increased investment and new jobs. However, the countries courting the rich already have lots of willing investors, and few jobs can be directly related to the programs. There is no shortage of foreign investors for Manhattan office blocks, even without the extra allure of a green card. Most official reviews now come to the conclusion that the programs, hastily conceived in the rush to attract the newly wealthy citizens of Russia, China and other countries, are too cheap with few benefits for the host countries.

In the US, authorization of the the EB5 program, aimed at luring wealthy immigrants, runs out on September 30. The reauthorization tries to address the existing shortcomings with a wide-ranging reform of the initial program.

But despite the proposed changes and Congress’ transparent attempt to wrap it up as a job creation and investment promotion, as the data clearly show, it a selling of citizenship for a program with very limited benefits to the nation. It is a program that deserves to die.