Latina Lista: News from the Latinx perspective > Columns & Features > Global Views > Mexico — a country where over half of unintended pregnancies end in abortion 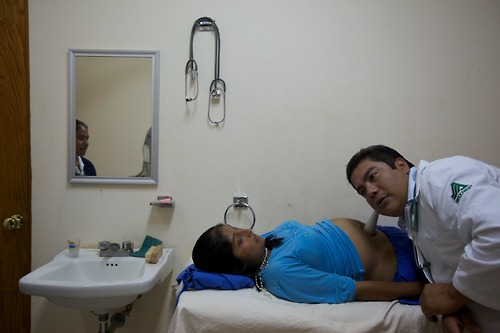 LatinaLista — Mexico ranks as the 11th most populous country in the world, with 122,730.392 people. It’s a country where women outnumber men (50.7% vs. 29.3% of the population, respectively), 85 percent of the people are Roman Catholic and it holds the distinction of having the highest population of any Spanish-speaking country.

A new study by El Colegio de México and the Guttmacher Institute, Unintended Pregnancy and Induced Abortion in Mexico: Causes and Consequences, reports that one million abortions take place in Mexico each year.

The report’s authors find that about four million women who are at risk for a surprise pregnancy aren’t doing anything to prevent it. In other words, they are not using any kind of contraception. However, when the news comes that a bundle of joy is on the way, there’s little joy in the news.

What is especially disturbing about the high number of abortions is the percentage of women who choose ‘back-alley’ abortion providers, those who don’t perform the delicate operation legally or safely.

The study found that more than one-third of all women having a clandestine abortion (36%) experience complications that need medical treatment from a health facility, but an estimated 25 percent of them do not receive the care they need. Rural poor women are the least likely to receive the required treatment.

The report’s authors found that Mexican officials need to improve family planning programs to reduce the number of abortions and provide the necessary options to keep women from putting their lives at risk when seeking clandestine abortions.

Polluters Lose, Communities Win — and People have a Greater Voice
Comment
Video: Dominican NY police officer shares what it's like to be stopped and frisked in new video series campaign