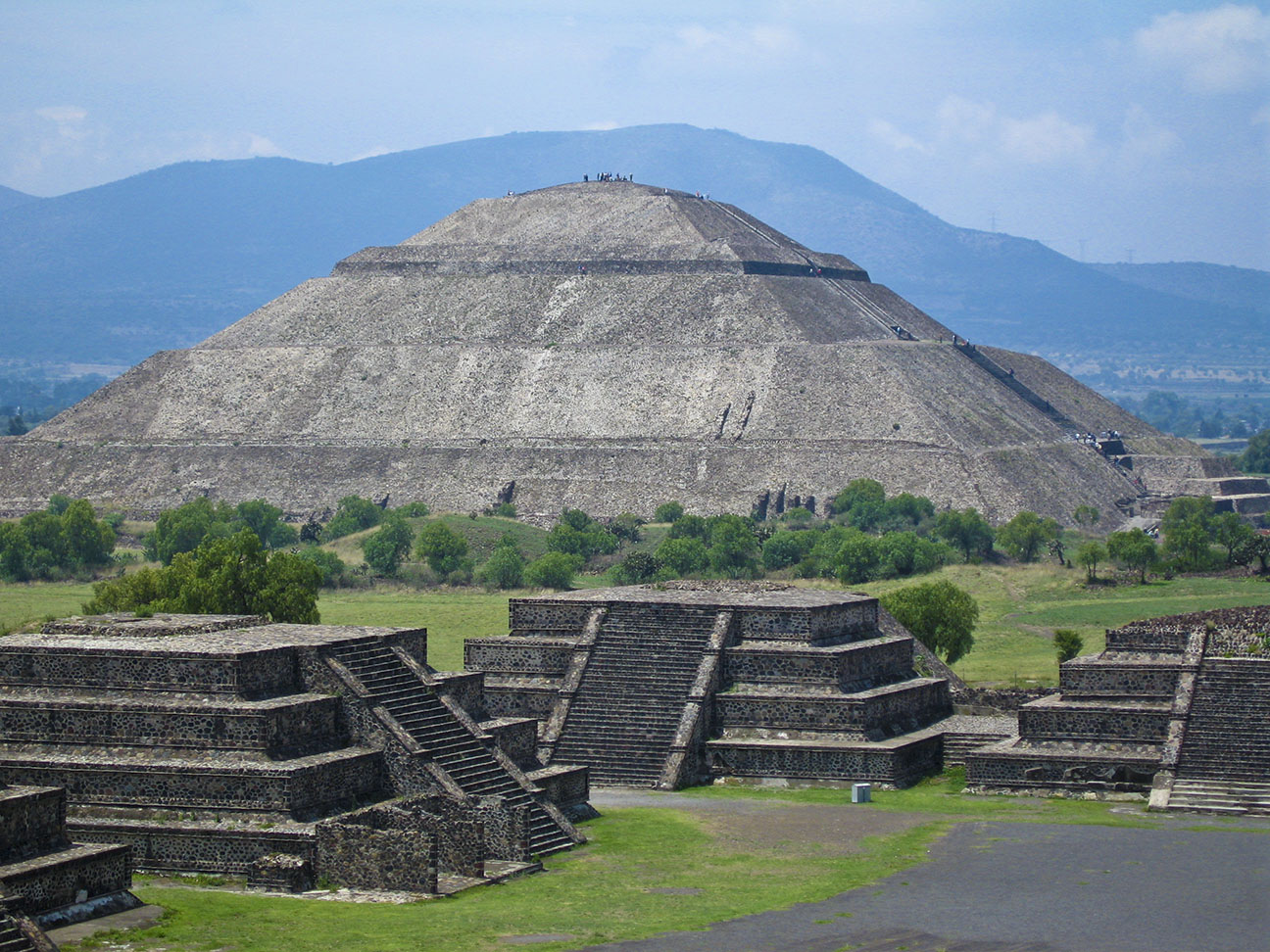 LatinaLista — Mexico’s pyramid Teotihuacán is not just a popular tourist destination and iconic symbol of Mexico’s significance in the annals of ancient history but it’s also an archeological treasure living on borrowed time.

Located 25 miles northeast of Mexico City, Teotihuacán is a pre-Columbian Mesoamerican city renown for its long-standing structures and well-preserverd murals. However, restorers from the country’s National Institute of Anthropology and History (INAH) reveal a sad reality: “Forty percent of the murals have disappeared or have been damaged in the past decade.”

Speaking to the Mexican newspaper Excelsior, the restorers attribute the loss of the murals to three things: the use of inadequate techniques in the past, budget constraints and urbanization. ”

As an example of the decline, the restorers cite an area in Teotihuacán known as Atetelco, “where a decade ago there were at least 100 murals, of which 78 have already been lost.” On top of that, anonymous sources tell the newspaper that of the 80 murals removed from the site in the 1960s and placed at the Teotihuacán mural museum, the majority of them are not in a perfect state of conservation.

Though existing murals are disappearing, the good news is that new ones are being discovered. A new mural was found last November in the southwestern corner of the Palace of Quetzalpapálotl, painted between 250 and 300 AD. The new mural is exciting researchers because it shows a procession of several warriors with unique characteristics, namely a distinct bundle carried on the bodies of the warriors and which archeologists have found in the Mayan area.

However, though the discovery of new murals may be able to replace the disappearance of others, there’s nothing that can replace the pyramids of Teotihuacán when they disappear. In March, New Scientist reported reported that Mexican scientists found that the largest of the complex’s pyramids, the Pyramid of the Sun, was in danger of collapsing like a “sand castle.”

The pyramid is covered with three million tons of volcanic rock built around an interior of nothing more than a “mound of earth.” On a quest to find interior chambers, the scientists didn’t find any in the Pyramid of the Sun but did discover that “the density of the earth in the pyramid is at least 20 percent lower on one side than the other.”

The consequence is that unless something is done the pyramid is in danger of collapsing in the future — and taking with it a window into humankind’s history.

Previous Post Crowdfunder: High-schoolers strive to raise money for Guatemalan children's home
Next PostIn only five years, Latinos will account for over 40% of the increase in U.S. employment

Crowdfunder: High-schoolers strive to raise money for Guatemalan children's home
Comment
In only five years, Latinos will account for over 40% of the increase in U.S. employment