Guest Voz: Ted Cruz is missing the paper that counts to be U.S. President 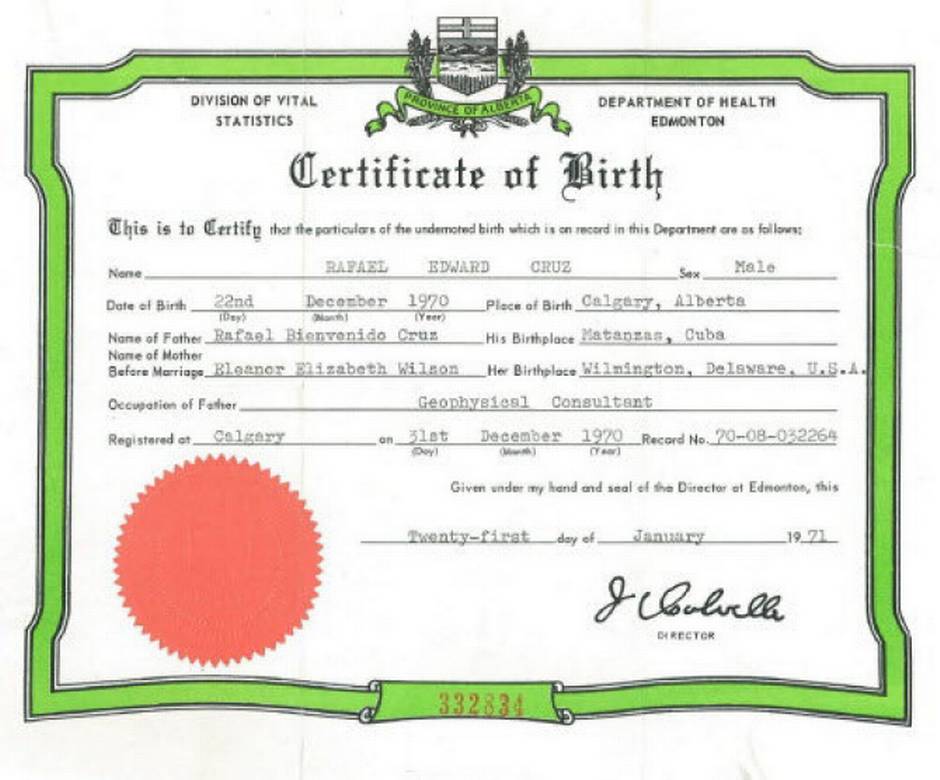 Google Rafael Edward Cruz and you’ll get a variety of information regarding this ambitious presidential candidate.

Following the Beltway media coverage on Mr. Cruz, one has to read between the lines to comprehend where this Texan transplant, by way of Canada, is coming from, what are his intentions and how his mind works.

One might think or believe that Mr. Cruz is a real American hero for his strong opposition to immigration and his collectively Republican wishes for returning more than 11 million undocumented immigrants residing in the United States for over ten years, together with their children.

But there's a reality check – the children are U.S. in heart, soul, and some, via birthright, born on U.S. soil.

That's more than what Mr. Cruz can claim.

Rafael Edward Cruz was born in Calgary Canada. His Canadian birth certificate shows he was born in 1970 while his mother  Eleanor Elizabeth Wilson, a United States citizen and his father, Rafael Bienvenido Cruz, a Cuban citizen, resided in Canada.

It also showed that the Canadian government declared him a Canadian citizen and since the United States doesn’t recognize dual citizenship automatically, Mr. Cruz was not a U.S. citizen at the time of his arrival in this world. He wouldn't have been a U.S. citizen until his mother declared him as such at the local consular's office in the city of Calgary, Alberta Canada.

The legality of Mr. Cruz's citizenship becomes unclear when in 2014 he formally appeared in a Canadian court to renounced his Canadian citizenship so that he could run for president of the United States. Though this action may seem like a non-issue, it does leave questions to be answered: Was Ted Cruz serving in the U.S. Senate as a dual citizen?

However, now that Mr. Cruz has denounced his Canadian citizenship, he's all set to run for the U.S. presidency with clean paperwork — with the exception of one curious nagging question.

The Dallas Morning News reported on August 18, 2013 that Mr. Cruz waited until his 16th birthday to apply for his United States passport ahead of a high school trip to England in 1986. As an American citizen, he certainly was entitled to receive a passport. Along with that passport, Mr. Cruz could have also received a citizenship certificate issued by  the United States Citizenship and immigration Services. Or he could have received his U.S. birth certificate at the time his Canadian birth certificate was presented to the United States Consular office in Ottawa Canada at the time of his birth.

featured, politics, presidential campaign, Ted Cruz
Previous Post Does racial bias show up in the crosswalk?
Next PostUniversity of Texas at El Paso's Food Pantry opens to students in need on campus

Does racial bias show up in the crosswalk?
Comment
University of Texas at El Paso's Food Pantry opens to students in need on campus