Latina Lista: News from the Latinx perspective > Columns & Features > Guest Voz > Guest Voz: U.S. voters need only look south of the border to see what happens when “unfit” people are elected to office

Guest Voz: U.S. voters need only look south of the border to see what happens when “unfit” people are elected to office 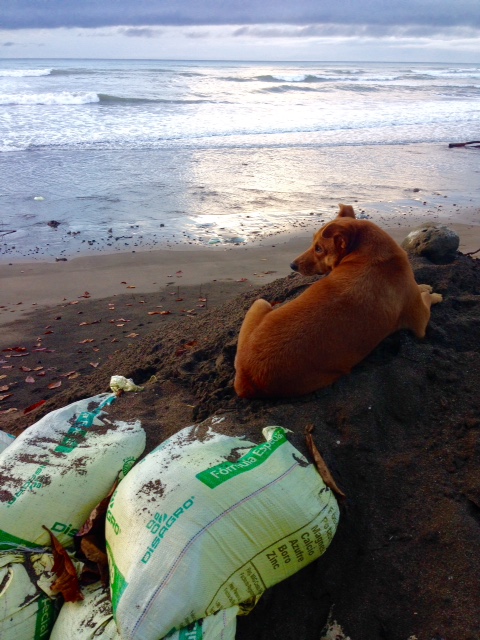 That was a salient remark from Armando, a Costa Rican talking about Tuesday’s U.S. elections. He made an analogy to a former Costa Rican president who left the country after he was found guilty of embezzling.

“Some candidates throw you a piece of candy to get your vote,” he said speaking figuratively.

I told him about “El Loco” Bucaram who was a media hog decades ago when I was living in Ecuador. He bought out the media with outrageous ads. In one, sporting a Hitleresque mustache, he appeared like the resurrection of Jesus Christ. Or maybe an angel with a halo. I can’t recall which. I just know I was floored every time it passed on my TV screen.

Apparently, advertising pays off. He won the election after making empty promises to the masses. Within six months, Parliament booted him out, finding him “mentally unfit to lead.” Not surprisingly, he didn’t initially accept that ruling.  He fled to Panama, where he still lives in exile.

History repeats itself. We should learn from other countries.

While Americans will hear the outcome of our vicious elections Tuesday evening, Nicaraguans vote today, two days earlier. With term limits scrapped, Daniel Ortega is running yet again. This time, with his wife as his official running mate. According to many, Rosario Murillo was already co-ruling the country.

Javier, a young Costa Rican  waiter earning $40 a week plus nominal tips living a few hours away from Panama, was concerned Ortega was a shoe-in.

“If Ortega wins another term, more Nicaraguans will head here. There are already more Nicaraguans than Costa Ricans in our country,” he asserted. “Things are very bad there. Ortega does nothing (to help). But, it’s very difficult to get jobs in Costa Rica. We have many degreed people out of work. The (Ortega) government isn’t all that different from what we went through with (President Laura) Chinchilla and our current president. They both said they were going to make a difference, like Oscar Arias. I think some people thought by electing a woman, maybe things would change. They didn’t.”

“Just like what happened here, in the past,” said Rosemary, a retired Costa Rican who makes big strides in her own community. “There’s no one to vote for in the U.S.” While many in Central America have been protected from the election scandals, Rosemary had followed along.

Armando watched one of the presidential debates. “Which one?” I asked.

“The one where Trump said he wouldn’t secede if he lost,” Armando replied.

Americans already have a bad wrap as the ugly tourist. Javier talked about the North American ex-pats (some of whom are “undocumented” immigrants) who get mad when Costa Ricans don’t speak English. Now, we’re known for having politicians who won’t accept the election results — if they lose, of course.

And, that’s certainly not the brunt of the negative reflections of our candidates. Which reminds me: Daniel Ortega’s step-daughter claimed he raped her. Her mother, the presumptive future VP, stood by her man. She dismissed her own daughter as being a lunatic.

Speaking of lunatics, or “locos”, twice in a matter of minutes, Armando referred to the Donald as “descabellado.” A crackpot. Armando worried about the world with a Trump win. He felt that Clinton would conduct international relations similar to the Obama administration. But he was more fearful that global economies would suffer with a Trump Presidency.

What will our legacy in history be, as a result of Tuesday’s elections?

I’d much rather our country be known for strong, sane, strategic, compassionate leaders rather than another “Loco” or “descabellado.”

Previous Post Professor Accuses Latina Student of Plagiarism: ‘This Is Not Your Language’
Next PostWater is Life: Standing Rock Sioux Tribe and Allies Continue to Peacefully Protect Land and Water Amid Escalating Violence

Professor Accuses Latina Student of Plagiarism: ‘This Is Not Your Language’
Comment
Water is Life: Standing Rock Sioux Tribe and Allies Continue to Peacefully Protect Land and Water Amid Escalating Violence