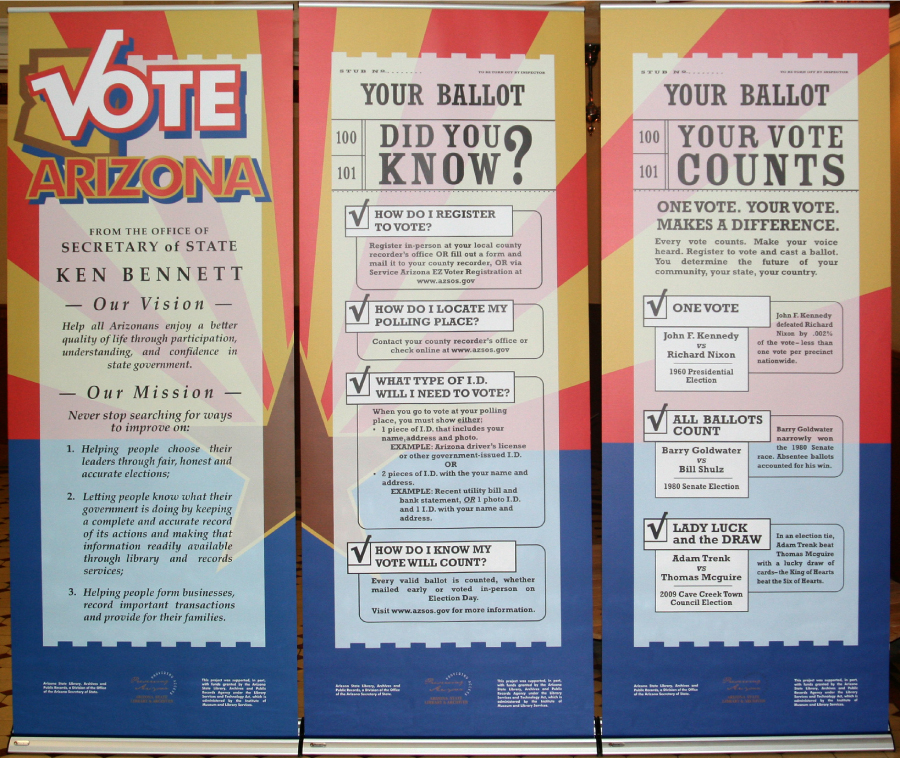 PHOENIX – At least 1,400 Arizonans would be allowed to vote only in federal elections under a rule announced this week by Attorney General Tom Horne, according to a survey of county election officials.

The rule requires counties to maintain one list for voters who used state registration forms or provided proof of citizenship and one for those who used a federal form and didn’t provide evidence of citizenship.

In Maricopa County, Recorder Helen Purcell said around 900 people used the federal form but didn’t include additional proof of citizenship, such as a driver’s license number.

“I’m going to guess there’s a lot of people who don’t know what form they signed up on, unless they signed up online,” she said. “If they filled out a form, they may not even know, ‘Was that a state form or a federal form?’”

Purcell said that printing a separate set of federal-office-only ballots would cost the county around $250,000, which she said will come out of the county’s general fund.

In Pima County, Deputy County Recorder Chris Roads said 300-400 people would be prevented from voting in state or local elections. Roads said that his office was still working to determine the cost of printing ballots for this group.

Maricopa and Pima counties account for about 75 percent of Arizona’s registered voters.

Officials in nine of Arizona’s 15 counties provided Cronkite News with estimates or exact counts of voters affected. The total was around 1,400.

Coconino County Recorder Patty Hansen put the number at 121 but noted that others may register before the next election using the federal form and without providing proof of citizenship.

Officials in counties other than Maricopa said they weren’t sure what it will cost to comply with Horne’s ruling, though Constabile said Yavapai County’s system for printing ballots for each voter on demand should keep the price tag down.

Most counties have unique ballots printed for each precinct, and the ballots often must be printed before the registration deadline. This means that even small counties must order at least a handful of ballots for federal elections for each precinct.

In an interview, Horne said the ruling would reduce voter fraud, which he called a significant problem in Arizona.

“It’s trying to protect the integrity of the system,” Horne said. “Under the system, only citizens can vote.”

A spokesman for Bennett said the secretary of state was out of town Wednesday and unavailable to comment.

“It’s going to confuse voters,” he said. “This is a logistical nightmare for our clerks and county recorders throughout the state.”

“This has absolutely nothing to do with election integrity,” she said. “It’s about making it harder for people to vote.”

Sam Wercinski, executive director of the Arizona Advocacy Network, said he expects the ruling to cause longer lines at polling places, something he said would discourage voters and lead to lower turnout. He also said he wondered what county elections departments would have to cut in order to comply.

“Our network encourages counties to work with education and outreach,” Wercinski said. “I hope those efforts don’t suffer as a result of this decision.”

(Video version of the story is available here.)