The “knockout game” – a new form of assault 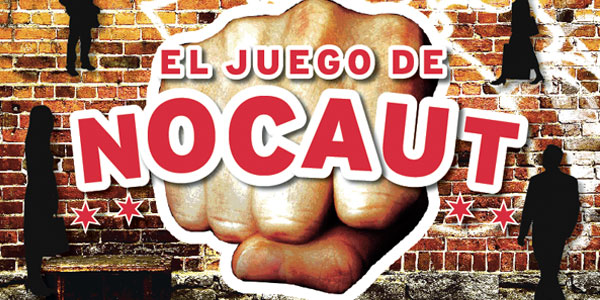 Community activists gathered at Good Sheperd Parish for a rally on Dec. 1 that called upon Gov. Quinn and Mayor Emanuel to increase prevention and enforcement efforts against a form of assault called the “knockout game.”

Victims of this type of attack are chosen at random and sucker punched by an assailant intent on knocking them out with one punch.

Last summer, a group of three Chicago teens allegedly assaulted and killed Delfino Mora, 62, while playing and videotaping a game they called “pick ‘em out, knock ‘em out.”

One of the assailants, 20-year-old Anthony Malcolm, was sentenced to 30 years in prison in September for his part in the assault. The other two are awaiting trial.Many of Mora’s relatives attended the rally Sunday. Speaking afterwards on behalf of the family, Emanuel Mora said the family is still haunted by the death of his father.
“The people who do this,” he said, “aren’t thinking about who they are hurting. They just think about themselves.”

Emanuel praised the detectives and prosecutors working on his father’s case but thinks that both community and public figures can push for greater awareness and prevention of this type of attack.

Community organizer Raul Montes Jr. agrees. He put together the event Sunday after seeing an increase in media reports covering “knockout” assaults in other states.
Montes hopes to “bring vigilance to the problem” here in Chicago.

In a letter composed last week, he called upon Gov. Quinn and Mayor Emanuel to push legislators to draft and pass a “Delfino Mora Law…”

Finish reading The “knockout game” – a new form of assault