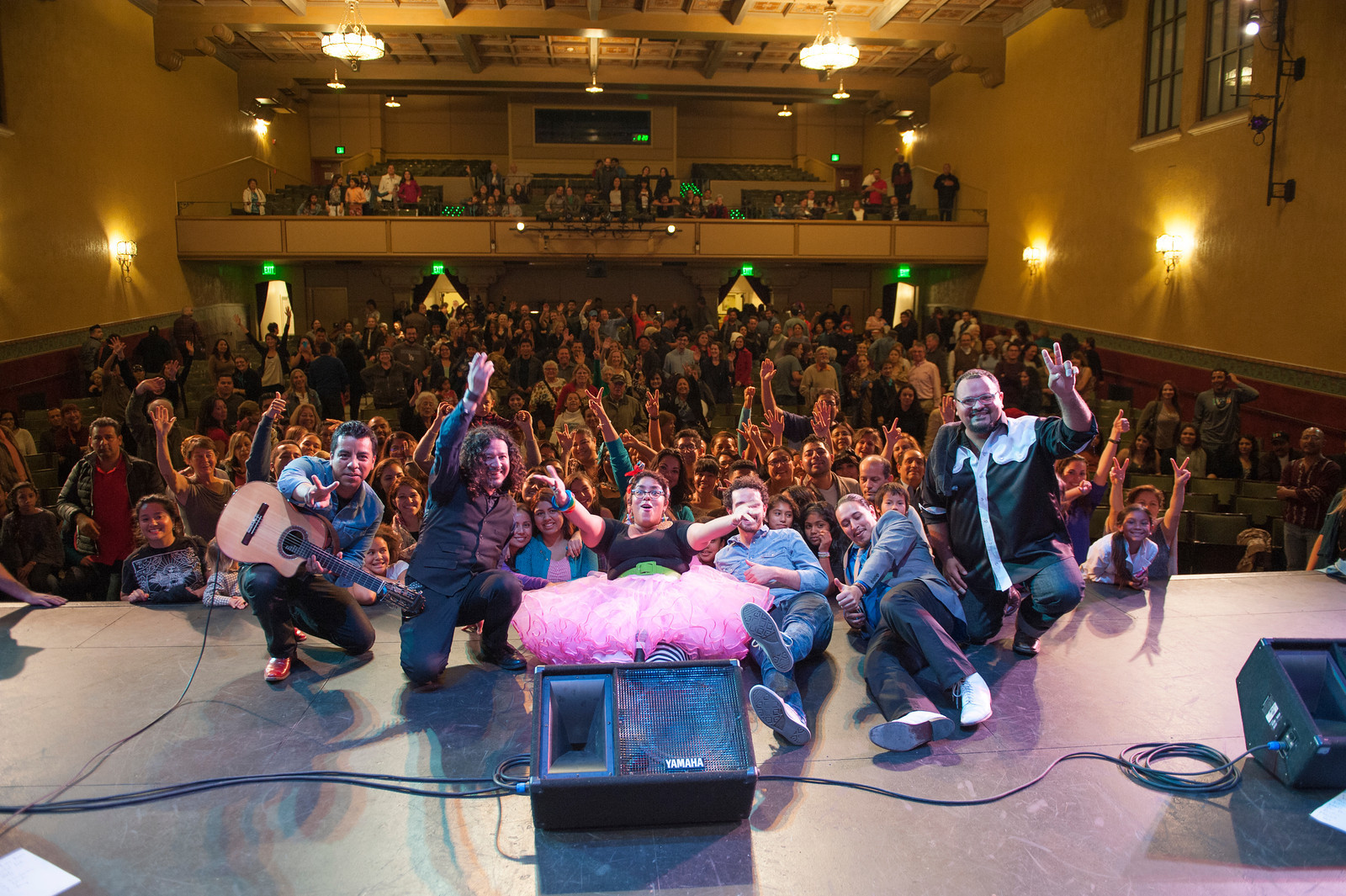 SANTA BARBARA — La Santa Cecilia, winners of the the Best Latin Rock, Urban or Alternative Grammy for Treinte Días, gave thought in their acceptance speech on Jan. 26 to the incarcerated youth in Santa Barbara County they had visited through ¡Viva el Arte de Santa Bárbara! earlier this month, the organization reported in a media release.

In a jubilant scene before a live audience of recording stars and industry leaders, as well as an estimated 29 million television viewers, lead vocalist Marisol Hernandez stated: “ We can’t forget our friends at Los Prietos Boot Camp and the young men and women of the Juvenile Hall in Santa Maria, California, that we got to spend some time with a few weeks back. We didn’t forget you guys…”

The band also gave a nod to the youth at Los Prietos Camp in an Los Angeles Times interview published before the awards.
Santa Barbara County Chief Probation Officer Beverly Taylor responded to the news, “This is awesome!” while Laurie Holbrook, Director of Los Prietos Camp offered, “ Please convey our congratulations to them [La Santa Cecilia] and let them know we are very proud to know them. They are welcome here anytime….”