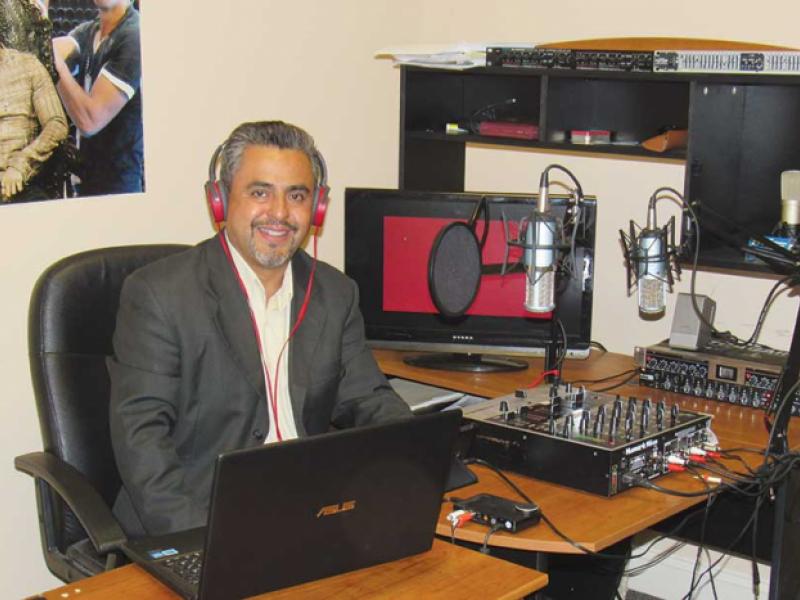 Ernesto Espinoza, age 43, is handsome, easy going, and possesses a quick sense of humor. He enjoys talking to other Latinos about all the issues that are important to them- their jobs, their families, the local police and school systems.

Originally from Mexico City, Espinoza moved to California 15 years ago, then settled in Bluffton, South Carolina in 2005. He spent most of his professional career working in construction but discovered his life's calling several years ago when he was hired as a professional disc jockey by Radio-Sol AM-1430, a popular Bluffton Hispanic radio station.

“I like radio because it gives me a chance to share my personality and make a direct connection to the people who are listening to me,” he said. “With radio, I can help the community by sharing information. Radio has an immediate impact that you find with no other media.”

When Radio-Sol changed ownership two years ago, Espinoza lost his job but he didn't lose the desire to host his own radio show. And thanks to the innovations afforded by modern technology and the internet, today he is back on the air as the host of a live daily internet radio show.

“The name is a play on words based on the popularity of a famous Latino DJ known as Piolin or Tweety Bird,” Acosta said. “Warner Brothers has a famous cartoon cat named Sylvester who is always chasing Tweety Bird so we decided to have Ernesto play the role of Sylvester on our show.”

Since its inception a few months ago, “Silvestre Sin Fronteras” has…