Undocumented women exploited in the shadows 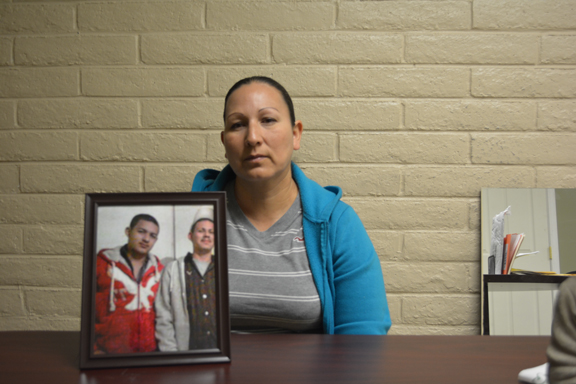 Griselda Reyna, never imagined she would be fleeing a group of armed men who had just kidnapped and murdered her two sons.

She knew she would be killed if she stayed in Ciudad Juarez. And that would leave her three young daughters without a mother.

Reyna, 42, grabbed her daughters, a trash bag full of clothes, and never looked back.

She has lived in the United States since July 2013. She worries every day about being deported, separated from her children, and if she would survive a return to Mexico.

Reyna is among millions of Mexican and Central American women who’ve fled to the United States, seeking refuge from deadly violence or economic insecurity.

Some have uncertain status as political refugees, which could change at any time. More than five million did not enter the U.S. legally.  Because of their status, they live in a twilight zone surrounded by harsh realities. They have little or no rights with employers. Every day, they live in fear of being assaulted or robbed. And at any time, they could be arrested and separated from their families, leaving them both economically and emotionally devastated.

exploitation, featured, immigration, women
Previous Post Women rise up and speak out for climate justice
Next PostCrowdfunder: Saving animals in the Amazon

Women rise up and speak out for climate justice
Comment
Crowdfunder: Saving animals in the Amazon