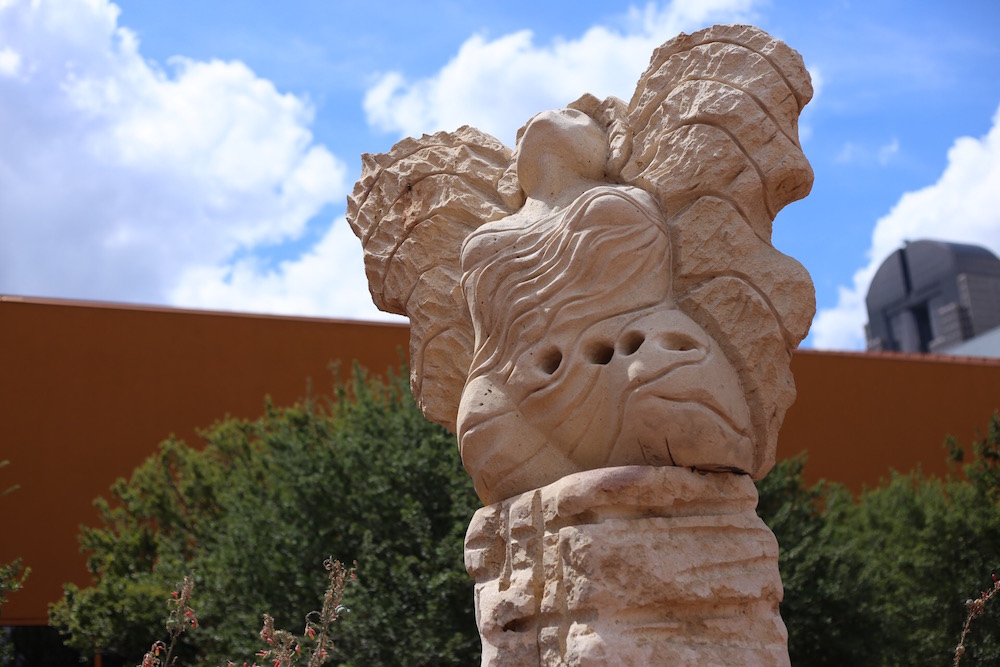 They’ve marched. They’ve sat in congressional offices. They’ve been deported. DREAMers around the nation have take a leading role in the fight for immigration reform.

And on Saturday, Dallas became the first city in the U.S. to formally dedicate a sculpture in honor of the plight of undocumented students around the country.

The Latino Center for Leadership Development hosted an event at the Latino Cultural Center of Dallas where the aptly named “Guardian of the Dreamers” piece will be permanently housed.

Miguel Solis, president of the center and Dallas school board member, said he was proud the city of Dallas took the initiative in unanimously approving a resolution recognizing the sculpture.

The event brought together about 20 Latino elected and former public officials.

Gaby Pacheco, the director of The Dream.US, a scholarship fund dedicated to undocumented students, said that dreamers in Texas have been leading the way since 2009 when they began coming out and telling their stories.

Pacheco, who is also an undocumented immigrant, said the actions taken by President Barack Obama to grant deferred action to dreamers would not have been possible without the efforts of the dreamers.

“When we dream, we dream big because we’ve been injected by that dream by our parents,” Pacheco said. “Our parents have told us that anything we want is possible. That if we fight for our dreams, if we seek education, we can accomplish anything.”

Former secretary of housing and urban development Henry Cisneros said that in a time when anti-immigrant and anti-Latino rhetoric is at an all time high it is the mobilization efforts of dreamers around the country that inspire the entire immigrant population.

“The only people who had the courage to sit in congressional offices, to picket at offices of senators in their states, who held placards and stood in the sun and were attacked by Joe Arpaio were the dreamers,” Cisneros said. “We thank the dreamers.”

Cisneros said that he himself is motivated by the Latino immigrants he sees all around the country working difficult jobs with long hours to provide for their families.

“You understand that you’re not going to have it all yourself. You can’t, but your children and grandchildren can have more. That’s the American way,” Cisneros said.

Eliseo Garcia, the local artist who created the sculpture, said this project was very personal for him because it wasn’t specifically commissioned for this purpose.

“I’m highly honored and humbled that the Latino Center for Leadership Development selected one of my most meaningful pieces to honor the DREAMers,” Garcia said. “It took me years to develop this piece and little by little, the ideas started coming.”

Garcia said the imagery he used for the piece represents love, hope, and the idea of feeling safe and protected.