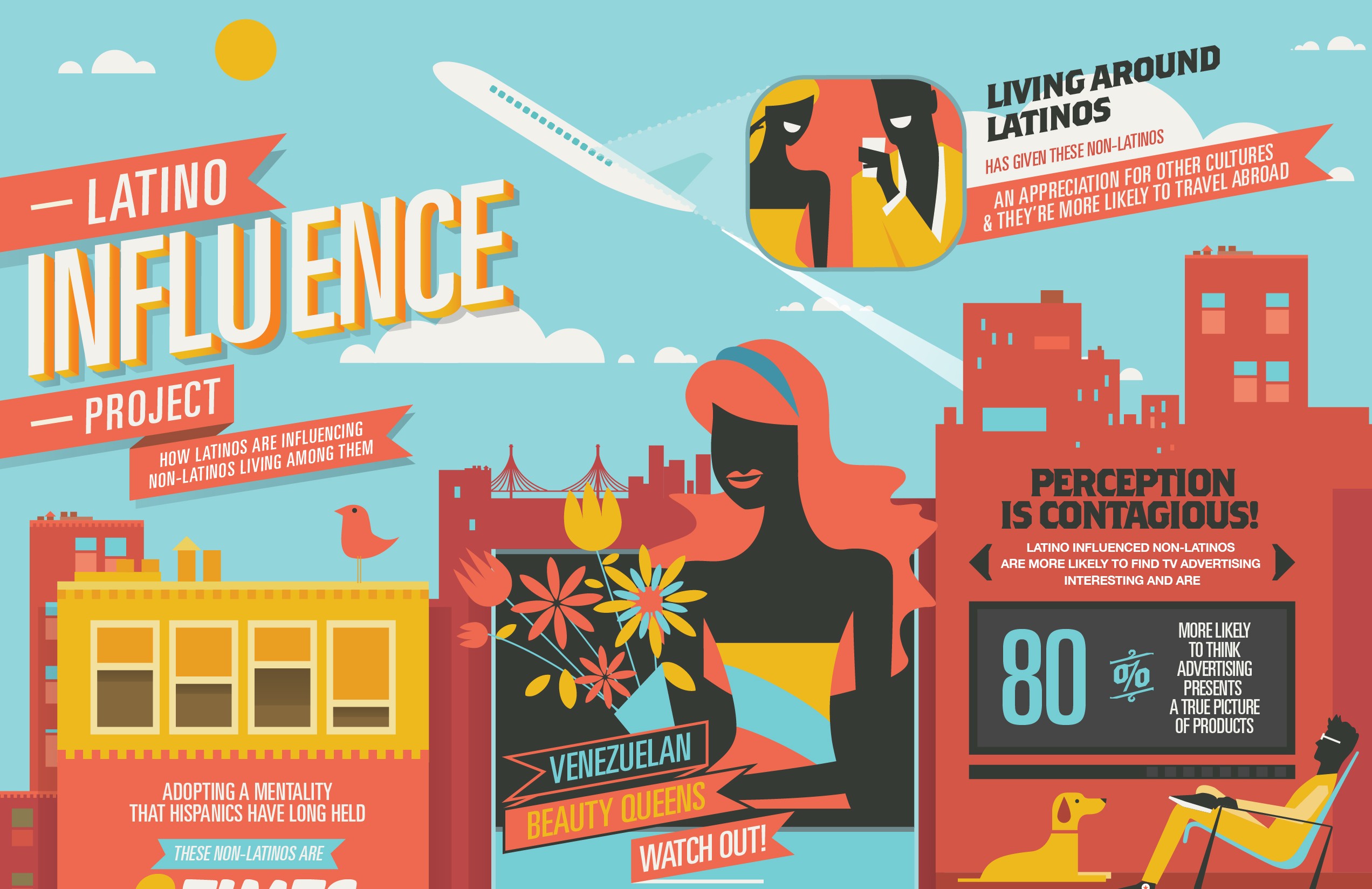 LatinaLista — It wasn’t that long ago when salsa began outselling ketchup as the condiment of choice among Americans. It was the first sign that Latino influence was gaining a foothold in the mainstream — and it hasn’t stopped yet. 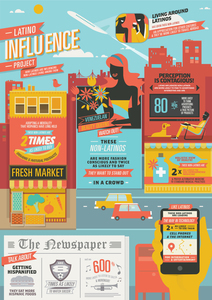 A new report titled The Latino Influence Project compiled by the marketing communications agency Wing and Experian Simmons, “measured over 25,000 respondents across 60,000 variables including language gender, age, household income and political outlook” and found that the more non-Latinos hang out with Latinos, the more their behavior, tastes and attitudes take on a Latino flavor.

“Hispanic influence on mainstream U.S. culture has been evident but solely anecdotal for years; look no further than products like Häagen-Dazs’ ‘Dulce de Leche’ becoming the top-selling flavor of ice cream, or the popularity of Latino actors and musicians like Sofia Vergara,” said Andrew Speyer, Managing Director of Wing. “This study is the first to offer statistically significant proof that Hispanic attitudes and behaviors are permeating the broader culture.”

Highlights of the study reveal that non-Latinos who live in Latino populated areas are more likely to:

While some of these influences may sound strange to the casual reader — Lead the way in technology? Prefer alternative medicine? Pay attention to commercials in movie theaters? — there’s an easy explanation.

Latinos lead the way when it comes to being early adopters of technology, especially smart phone usage. It’s a fact that Latinos use their smart phones for news and entertainment more than any other group. Anyone who wants to communicate with Latinos would most probably have better luck with a text message than a phone call.

Traditional medicine may look down on herbal and folk remedies but anyone who has grown up with their abuelita nearby knows that some of those folk remedies put modern medicine to shame.

And when it comes to watching commercials at the movie theatre, it goes back to our avid television habits, not to mention we had to sit transfixed in front of the TV, commercials and all, otherwise some adult would come along and turn off the TV and shoo us outside. Their reason would always be we weren’t really watching the show. So, we learned early on that commercials were a part of the show.

Of all the ways Latino influence has filtered into the mainstream there’s nothing more curious than non-Latinos embracing jalapeños. It doesn’t matter how much sweat trickles down their faces, their nose runs or tears stream from their eyes, their insistence on eating the little green chili pepper, that even a lot of sissy Latinos (myself included) won’t touch, can be seen less as a true exercise in solidarity and more about simple Latino envy.

After all, everyone knows it’s cool to be Latino/a.