Latina Lista: News from the Latinx perspective > Media > Videos > Video: A coming-of-age story that highlights the angst of teen gays

Video: A coming-of-age story that highlights the angst of teen gays 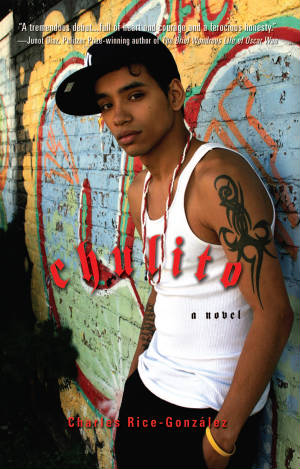 LatinaLista — Coming-of-age stories are defined by a plot that progresses the main character(s) from youth to adulthood. These types of stories are nothing new but what is new is that a different voice is beginning to be heard in this genre of literature — gay and lesbian writers.

One such writer is Charles Rice-González. Puerto Rican-born and Bronx-reared, Rice-González wrote a book reflective of the experience of many gay and lesbian youths’ coming-of-age. Titled “Chulito,” it is a coming-of-age, coming out love story of a sexy, tough, hip hop-loving, young Latino man and the colorful characters who populate his block. Chulito, which means “cutie,” is one of the boys, and everyone in his neighborhood has seen him grow up including Carlos who was Chulito’s best friend until they hit puberty and people started calling Carlos a pato…a faggot.

Chulito rejects Carlos and buries his feelings for him, but when Carlos comes home from his first year away at college and they share a secret kiss, Chulito’s worlds collide as his ideas of being a young man, being macho, and being in love are challenged.

coming-of-age, featured, gay, teen, video
Previous Post Guest Voz: The problem with debate over the 'i' word is that it needs more perspective(s)
Next PostNew study reveals the extent of Latino influence on U.S. mainstream

Guest Voz: The problem with debate over the 'i' word is that it needs more perspective(s)
Comment
New study reveals the extent of Latino influence on U.S. mainstream