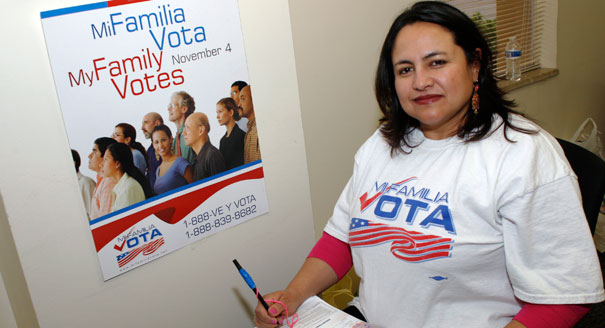 LatinaLista — Yesterday, it was the Almanac of Latino Politics and today it’s the NALEO Educational Fund’s Briefing on the 2012 Latino Vote. 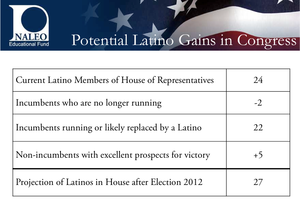 Presented last week during the Democratic National Convention, the Briefing features Latino congressional candidates from around the country who, if they win, could begin changing the make-up of Congress more than what it currently is.

Identifying the Latino candidates and their opponents, the Briefing’s focus is to show the strength of not only Latino political maturity with more Latinos running for public office but also the potential strength that exists with the Latino electorate.

According to projections outlined in the Briefing:

Presented with these predictions, it’s no wonder both political parties are going after the Latino constituency. The ironic thing though is that one party actually wants Latino votes and the other party is trying to discourage those same votes, since the majority won’t be for them.

Either way, the potential for Latino voters to make a difference in the 2012 election is not yet understood nor appreciated by the majority of Latino voters — and time is running out.

Congress, featured, Latinos, politics, public service
Previous Post One Latina’s quest to get Latinos into STEM
Next PostRemembering 9/11: The day that changed for undocumented Latino immigrants

One Latina’s quest to get Latinos into STEM
Comment
Remembering 9/11: The day that changed for undocumented Latino immigrants