Guest Voz: Medicare Patients Must Defend What Is Left

LatinaLista — While the federal deficit is a scary enough scenario, it remains for too many people an abstract event. It’s not until Washington starts eliminating programs and reducing funding for others that the seriousness of the situation comes home. 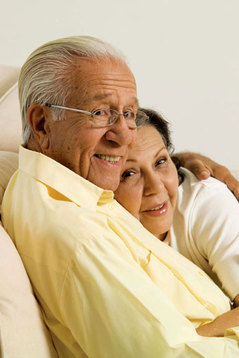 It is known that without Medicare many Latino, black and low-income seniors and families would not be able to have good healthcare. The trouble is Washington is looking at cutting back reimbursements for Medicare patients.

If that happens, many fear that too many doctors will stop seeing Medicare patients.

In the following Guest Voz piece, Betty L. Streckfuss, R.N., a longtime member of the healthcare profession and an advocate for patients’ rights, speaks about the prospect of what Congress wants to do about Medicare reimbursements and its potential impact on a vulnerable population.

Our nation’s economic vitality is threatened by the growing federal deficit which some law makers seem to feel can only be fixed by cutting back on Medicare reimbursement. That very visible target cited time and time again, for some, seems to be a logical place to carve.

Yet, cutting more from the programs millions of patients rely on, especially seniors, low income minorities, and persons with disabilities, cannot be tolerated.

No question that Washington must reduce the deficit, but spending cuts and changes to Medicare will negatively impact medical innovation, patient care and even access to physicians.

Some of the proposals will definitely limit patient services and access to affordable treatments and medications. The concerns are also being expressed by many legislators from both sides of the aisle….they, too, are at risk of having much of their authority curtailed.

Who but the Federal Government can wield such power?

A newly proposed, planned and named board will be the decision makers. They are known as the Independent Payment Advisory Board (IPAB) and we all must be alert to the possibility of activation in 2014.

Reality has set in…the IPAB is a fact, but if the present administration is defeated in the next election many in Washington feel the act creating the board will be repealed immediately.

It must be! Here are some reasons why.

IPAB was created as part of the Affordable Care Act (ACA) under the new HealthCare Plan, to cut Medicare each year (we’ve already seen the beginning with the 21 percent cut in re-imbursement last year) in order to meet annual savings targets.

This 15 member board of un-elected members will be accountable to no member of Congress. They will have the power to decide what, when and where long-term solutions will be available to Medicare patients.

Choices for necessary treatments, medications and providers will be jeopardized by those cuts and the choices will be selectively fewer. The IPAB will be the authorization entity that considers all forms of treatments and care. They certainly won’t be guilty of blatantly denying a needed medical service but the re-imbursement for a given procedure, treatment or medication will be so low that a qualified provider will be difficult to find…if not impossible.

No rationing, just a way around it. Remember both political parties have champions that are against the IPAB.

The most intolerable caveat to this entire proposal and the power of the IPAB is that patients will have no recourse to the decisions made. Once reached, and a patient’s ability to seek service is nullified, there will be no appeal panel, no one to seek another source for service under Medicare.

Do I feel anxiety?

Yes! I am as concerned as anyone in my age group that a procedure or medication will not be available to me. We are of the generation that saw a cure for tuberculosis, measles, whooping cough, venereal diseases and treatments for diabetes, hypertension, cardiac insufficiency and so much more.

Unknown numbers of us are former health care professionals who worked to make the dream of longevity real. We participated in studies and investigational drugs and procedures and yes, finally our generation can say, “we helped increase longevity through our determination to wipe out diseases that took young lives”.

You can listen, question and engage…keep yourself informed and keep your legislator aware that you are waiting for the next move because you are going to raise your voice and loudly defend your right to the care you have earned.

Betty L. Streckfuss, R.N. is elected speaker pro tem to the Texas Silver Haired Legislature 2011 and an appointed member to the Texas Legislative Committee on Aging. A past delegate of the White House Conference on Aging, she is also the author of a column dedicated to senior issues and interests for the Galveston County Daily News