LatinaLista — For most young women, an unintended pregnancy is devastating news, especially if that young woman has already dreamt of college and career success. While having a baby doesn’t make those dreams unattainable, a baby in the house does make those dreams harder and take longer to achieve. 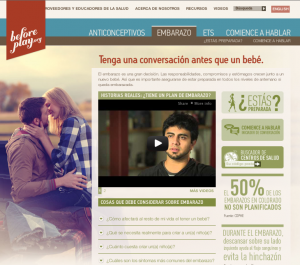 Studies have shown that sometimes it only takes an honest conversation to make young women understand the potential for unintended pregnancies to happen. Web sites have been great resources in addressing this issue. Unfortunately, not enough web sites are in the one language of the biggest demographic having teen and unintended pregnancies.

Though statistics have improved for Latinas when it comes to unplanned pregnancy rates, more work needs to be done. Colorado, with 21 percent of its population being Latino, knew they had to do something for the Latino community when a 2010 report by the Colorado Department of Public Health and Environment revealed that Latinas represented 44.4% of the live births resulting from an unintended pregnancy.

To help raise awareness about unintended pregnancy, contraception, sexually transmitted diseases and just starting the conversation about smart practices, the state of Colorado debuted a Spanish-language version of their BeforePlay web site.

Along with providing education information, Beforeplay.org also makes it easy to find important resources such as the nearest health center and an emergency contraception finder.

The community at Beforeplay is full of true stories that touch upon the conversations that many usually have behind doors. Testimonials discussing everything from STDs, to family planning, to experiences with different contraceptives are all available online on the Video section of the Beforeplay.org site.

“Latinas do not report having sex more than white women, but are at higher risk for pregnancy because they have significantly lower rates of contraceptive use. This disparity in contraceptive use is based not on simple preference, but is closely connected to social and economic inequity,” according to the National Latina Institute for Reproductive Health. 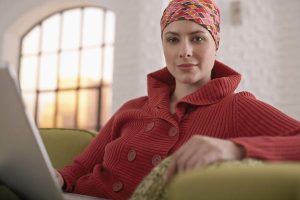