Latina Lista: News from the Latinx perspective > Media > Videos > Video: Film about young Latino trying to prove innocence may “strike” too close to home for some

Video: Film about young Latino trying to prove innocence may “strike” too close to home for some 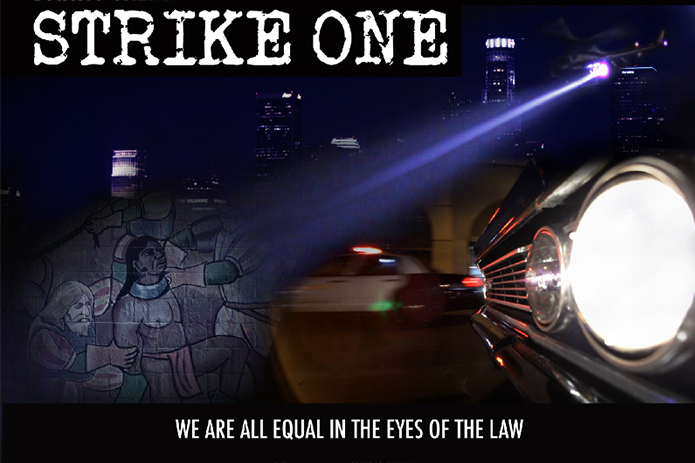 LatinaLista — The one stereotype about Latinos that is true to the core is how family members care for one another. There’s no greater example of that truth than in the film Strike One.

According to the film’s website, the film is about:

Juan Garcia, a boy on the threshold of manhood, living in a gang-controlled neighborhood, is wrongfully accused of a crime he did not commit. His uncle, Manny Garcia, played by Danny Trejo, an ex shot caller with a neighborhood gang, now turned movie star, loses his life in an attempt to save Juan. Aware of the judicial system’s hard line stance against gang affiliation, Angie, Juan’s older sister, a would be law student, engages the services of war-torn defense attorney Alan Hartford. With Juan’s life now in the so called ‘blind scales of justice’… Alan fights the upward battle against a judicial system that profiles those who are born of the wrong side of the street.

The film was filmed in the Boyle Heights section of Los Angeles, the actual stomping grounds of the lead actor, Danny Trejo. In fact, the film mirrors other aspects of Trejo’s life — he was incarcerated as a youth and young adult and upon his release, after a stint helping to counsel others who were on the road to a life behind bars, found himself discovered, in proverbial Hollywood legend style, and cast in what would be the first of many films.

Yet, like his character, Manny Garcia, Trejo never forgot his roots and the fact that being a Latino in a dominantly white environment was as much an impediment as a benefit. The same, unfortunately, can be said about our juvenile justice system that in too many cases equates skin color with preconceived notions of guilt, which induces low expectations that can either help or hurt someone struggling to prove their innocence.

Latinos have always cared about the environment — Now it's time to Act!
Comment
Peruvian indigenous share ancient knowledge in fight against climate change in new book