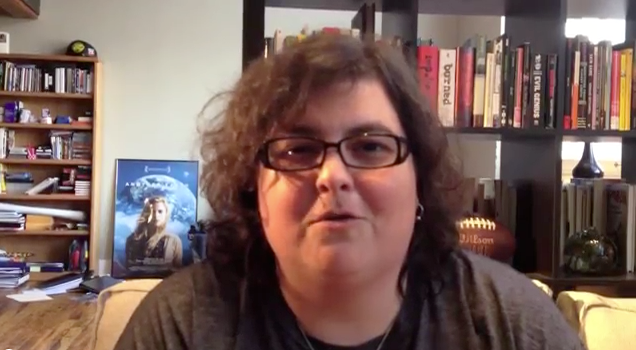 LatinaLista — Young adult author e.E. Charlton-Trujillo grew up in a small South Texas town where she was known as the “Mexican white girl” because she could pass as an Anglo. Yet, Charlton-Trujillo never denied her Latino heritage and because of it she has gone on to win awards and accolades for her books, plays, poetry and film.

When it was announced earlier this year that the Tucson school district had banned Latino-authored books from their libraries, Charlton-Trujillo joined her fellow authors in denouncing the action and felt compelled to film an “off-the-cuff” video explaining why Latino literature matters to young people.

Though the video is several months old, Charlton-Trujillo’s message is a timeless commentary on how her heritage shaped her to be the successful writer she is today and how all students deserve that same chance to get to know, understand and appreciate their roots.

Guest Voz: Understanding demise of Tucson's Mexican Americans Studies means knowing history differs from education
2 Comments
Over 30 percent of Latino voters don't feel their votes will have an impact on who's elected president