Latina Lista: News from the Latinx perspective > NewsMundo > New platform strives to give every Mexican a voice in their nation’s future 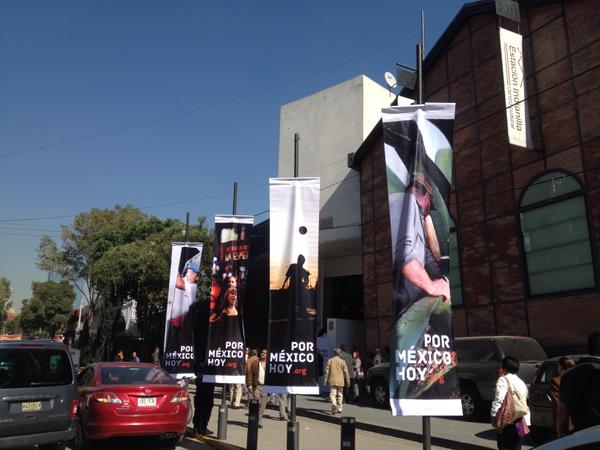 LatinaLista — The rising level of corruption and impunity that exists in Mexico was bound to reach a boiling point sooner than later. The indiscriminate deaths of innocent students and women by police, cartels and the military, the lucrative kickbacks orchestrated to line the pockets of greedy, corrupt politicians and the amount of power exercised by drug cartels over their rivals and innocent bystanders in their bid to control their designated territories — all at the expense and safety of Mexican citizens — have been festering anger in a populace that has finally had enough.

The latest bid from Mexican citizens to take back their country is called Por Mexico Hoy. It is an organization that strives to stir change in the country at the grassroots level starting in neighborhoods, agricultural communities, schools, universities and workplaces, and allow people a more direct voice in their country's practice of democracy.

One of the founders is 81-year-old Cuauhtemoc Cardenas, who is the heir of a family legacy in Mexican politics. Cardenas is the son of President Lazaro Cardenas, who governed Mexico from 1934 to 1940. The younger Cardenas himself is a three-time presidential candidate and founder of the Party of the Democratic Revolution, or PRD.

Citizens who join Por Mexico Hoy are encouraged to work either on one of several identified issues or create a new one with the intent to foster a collective vision on creating the kind of Mexico its citizens want and work towards achieving that goal.

According to the organization's website, the endgame isn't about  just creating change but creating "un nuevo México." (A new Mexico)