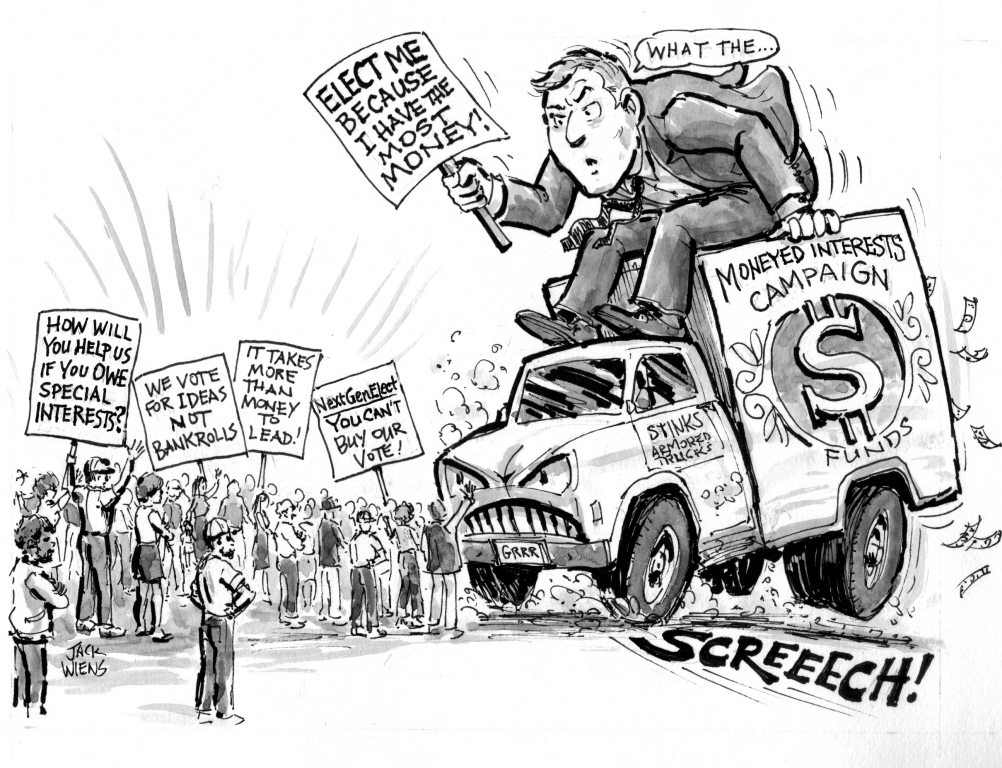 Everyone knows that special interests have far too much influence over lawmakers.

Since those elected in a corrupted system are unlikely to reform themselves, the question becomes what can people outside the system do to effectively address a problem that impacts so many aspects of people’s lives?

Just complaining about it, paying no attention to it or circulating online petitions that have little chance of being enacted will not solve this problem.

It is time for some fresh thinking on political reform

To that end some are developing an exciting new approach to political reform that will use the power of crowdsourcing to dramatically lower the cost of becoming known to voters and enable more everyday citizens to run for office.

High campaign costs leave candidates dependent on special-interest contributions. One of the largest expenses is advertising, but only because of the lack of a website used widely by both candidates and voters.

There is no single website where candidates know they can reach most voters. Nor is there a site where voters can hear directly from candidates, easily identify their major financial contributors, and find out what groups support or oppose them.

NextGenElect will fill this void by becoming the nation’s first “Election Supersite”, connecting voters and candidates everywhere, at no cost to either.

By creating a free way for candidates to become known, NextGenElect will serve the public interest by providing more information to voters, allowing for transparency, and opening up elections to citizen candidates.

NextGenElect will not have any partisanship or bias and will NOT endorse any individual candidate, political party, or ideology.

By utilizing crowdsourcing to build the website and spread the word about it, candidates will have a way to reach a large audience, at no cost.

Just as important, voters will gain a trusted source to learn about their ballot choices and who is financing them, without being told for whom, or for what to vote.

The campaign’s goal is to build a nationwide online infrastructure that makes this information available for every candidate and ballot measure in the country.

It will start this fall with a more modest but still significant milestone. For the November, 2014 General Election, NextGenElect will cover every California statewide race and ballot measure, and all races for the state legislature.

The funds raised will be used to: