Why won’t 30,000 mothers be celebrating Mother’s Day in Mexico tomorrow? 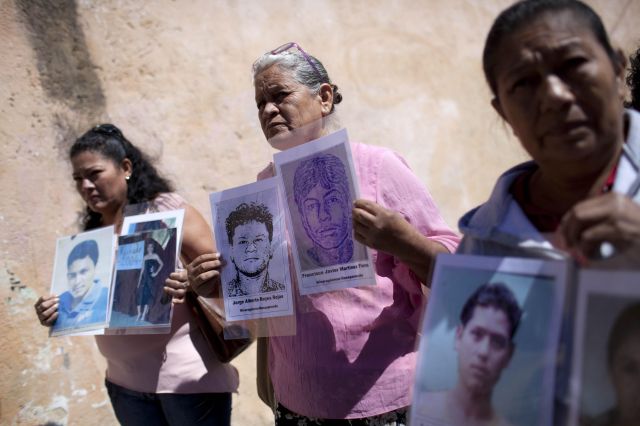 LatinaLista — Mexico celebrates Mother’s Day on May 10 but for more than 30,000 mothers in Mexico and Central America, the day will not be spent being honored by their children. Rather, these mothers will be part of the Fifth Annual March for Human Dignity: Mothers looking for their sons, daughters, truth and justice, a national demonstration in Mexico City to spur the government to honor their missing children with the passage of a national law on forced disappearances.

Mothers from throughout the region will gather at Mexico City’s Monument of the Mother.

It’s the fifth anniversary where these mothers willingly give up their special day to get some closure on finding their missing offspring.

It’s estimated that over 27,000 people (though many believe the number to be much higher) have fallen victim to violence, either on their way to el norte or just walking out their front doors, that snatches the innocent away from their loved ones. They are usually never found again, as seen with the ongoing case of the 43 missing Ayotzinapa student teachers.

Some mothers are unwilling to wait for the government to act on passing legislation or just doing something to find their children and have decided to conduct their own searches for answers.

Others travel the world to raise awareness of what happened to their children and hope that a miracle is on the horizon. Their faith in finding their children alive has long faded for most of them but finding their bones would be miracle enough so they can give them a proper burial and eventually have peace in knowing where is their final resting place.

Mexico, Mother's Day, protest march, the disappeared
Previous Post Study: Rice May Cause Diabetes
Next PostGuest Voz: We have one party to thank for the Obama Fallout

Study: Rice May Cause Diabetes
Comment
Guest Voz: We have one party to thank for the Obama Fallout