Latina Lista: News from the Latinx perspective > Palabra Final > Politics > A political trap Latino voters need to be wary of

A political trap Latino voters need to be wary of

LatinaLista — Most Latino voters have been feeling ignored, dismissed and pretty much invisible to the Romney camp up to this point. Though he is considered the presumptive GOP candidate, Romney has yet to soften his tone to show that he can equally be a President for all Americans, including Latinos, rather than just be the designate candidate of the Tea Party or far-right conservatives. 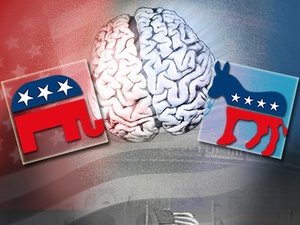 Instead, he still talks about vetoing the DREAM Act, dismantling the Affordable Care Act, completing the fence along the U.S.-Mexico border, having the undocumented “self-deport” and increasing the retirement age before a person can collect social security, though data shows that the wealthier live longer than the low-income.

But there is hopeful news that Romney knows he’s been neglectful of Latino voters.

At a private fundraising reception in Palm Beach recently, Mitt Romney was overheard acknowledging his weakness among Hispanic voters. If it’s not turned around, he said, “It spells doom for us.”

The doom he’s talking about has to do with electoral votes.

And if Romney can’t narrow Obama’s considerable lead among Latino voters, key battlegrounds including Nevada, New Mexico, Colorado and Florida could be out of reach for the Republican nominee.

It’s an ironic situation that most Latino voters who disagree with Romney’s stand on the issues find themselves in — while they’ve been feeling ignored and dismissed by him, he’s feeling worried about not getting their votes.

It’s no wonder that at every turn Romney likes to remind Latino voters how Obama has failed us. If he can’t get Latino votes, then why not prevent Obama from getting them too?

With voting a privilege not to be ignored, Latino voters owe it to the next generation, if not ourselves, to vote for the candidate who can lead the entire nation — and remember Latinos are part of that mix.