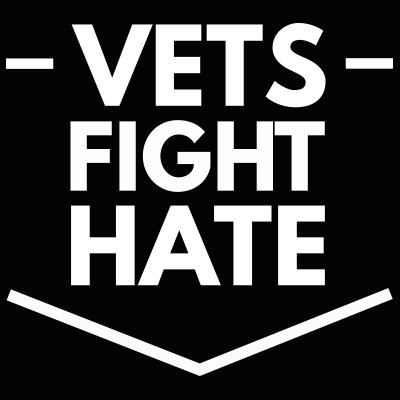 LatinaLista — All eyes may be on North Korea wondering if Trump will drag the nation into our most dangerous conflict abroad yet but a group of veterans are engaged in a conflict on U.S. soil that has the potential to be just as destructive to the country.

Since the election of Donald J. Trump to the presidency, there has been a steady increase in hate groups, according to the Southern Poverty Law Center (SPLC).

When it comes to hate, these groups don’t discriminate — Latinos, Muslims, LGTBQ, Jews, Blacks, Asians, etc. It is a discrimination that is powerful in the violence it incites, the harm it is causing to the physical safety and emotional well-being of its victims and the divide it is growing and splintering the country.

Unfortunately, it’s not just the hate groups and their members spewing racist rants. The freedom to express this vile sentiment is also steadily creeping into daily life with too much ease:

But with the US Census forecasting that the United States will be a “majority-minority nation by 2060,” these haters are deluding themselves into thinking they have more entitlement to being American than anyone else.

Which begs the question: Is there no one they think worthy, aside from themselves, of being American?

There may be one group — American veterans. It’s pretty much accepted as unacceptable in US society to bash our veterans. Words such as ‘brave,’ ‘defend,’ ‘honor’ and ‘sacrifice’ are used to describe this elite group of America’s defenders and, so far, ironically, they have been one group able to escape the hate-throwers.

For that reason, some military veterans have partnered with the Southern Poverty Law Center to launch the new initiative Vets Fight Hate.

“Vets Fight Hate started because the hateful rhetoric being spread throughout the country is at an all-time high,” Wendy Via, SPLC’s chief communications and development officer, explained. “This is just the first step in a large campaign to bring attention to anti-immigrant and anti-Muslim sentiment. Vets are one group of people who are respected by the majority of Americans, and we think it is important to know that 11 percent of those vets are from immigrant families or are immigrants themselves.”

Taking their cue from the Oval Office, military veterans are using Twitter to speak out against hate. In a series of recorded videos, veterans, of different backgrounds, ‘drill’ down the message that hate has no place in a country founded by immigrants — and defended by them.