Latina Lista: News from the Latinx perspective > Palabra Final > Immigration > Independent analysis underscores the danger of not having a working immigration policy

LatinaLista — Stratfor, a publisher of geopolitical intelligence, released their analysis of an incident that happened in Phoenix, Arizona but could and does happen every day in southwestern cities within a reasonable distance of the Mexican border.

Weapons commonly used by Mexican drug cartel hit squads.
(Source: abcnews)
A group of men outfitted to look like a Phoenix police SWAT team and firing over 100 rounds of ammunition into the home of a Jamaican drug dealer turned out to be not Phoenix police but a Mexican drug cartel hit squad coming to do their drug lord’s bidding.
It’s been known for sometime that the dire warnings of Mexico’s violence spilling over to this side of the border has already started happening. As the Stratfor report details:

Traditionally, when violence has spiked in Mexico, cartel figures have used U.S. cities such as Laredo, El Paso and San Diego as rest and recreation spots, reasoning that the general umbrella of safety provided by U.S. law enforcement to those residing in the United States would protect them from assassination by their enemies.
As bolder Mexican cartel hit men have begun to carry out assassinations on the U.S. side of the border in places such as Laredo, Rio Bravo, and even Dallas, the cartel figures have begun to seek sanctuary deeper in the United States, thereby bringing the threat with them.

Is there any way to stop these criminals who bypass our border patrols and are able to track down their prey with military precision and then disappear back across the border into Mexico?
Yes.
By recognizing that these individuals are the true criminals who warrant apprehension and incarceration and by instituting an immigration policy that identifies those who want to work from those who just want to kill.

It’s obvious that a poor immigration policy is partly to blame for the carte blanche behavior of these murderers. That these individuals are able to lie low in a community that already is trying to stay below the radar of local law enforcement is a telling example of just how much we need for this very community to be active and out in the open.
In those communities where police have not been made honorary agents of the federal government, the trust factor is much higher within the Latino community. If that were the case in Phoenix, where the undocumented walk with their heads down for the most part because of the tactics employed by the Maricopa County Sheriff’s office, then maybe someone might have heard something that this was going down and could have warned the local police.
Being able to live freely, meaning never having to second-guess yourself about picking up the phone to call your local police department because you fear your good deed would get you deported, goes a long way in saving lives and keeping the community-at-large safe.
Immigration reform goes beyond just revising the number of available visas or making a guest worker program. True reform is going to have to recognize the fact that a community of 12 million living underground does not make for a safe country.
Eventually, the issue will have to be faced: Do we give those who are here amnesty so we can better institute, and this time around actually do it, an immigration policy that brings these people out of the shadows and creates an organized process in the future for those who want to come and work to do so but return home after a period of time?
Or do we continue as we are and pray that the next time a drug cartel hit squad comes to town and lies low that somebody with everything to lose will still come forward and do the right thing â€” knowing they’ll be rewarded with a one-way ticket home?
How much worse will things have to get before the right choice is made? 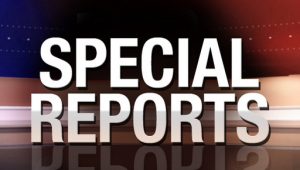