LatinaLista — A small earthquake rocked Congress on Capitol HIll yesterday. Unlike the August 23rd earthquake that shook the region with a 5.8 magnitude, this earthquake was symbolic rather than physical.

Yesterday, Republicans and Democrats came together in a vote of 389 to 15 to pass H.R. 3012, “The Fairness for High-Skilled Immigrants Act.” 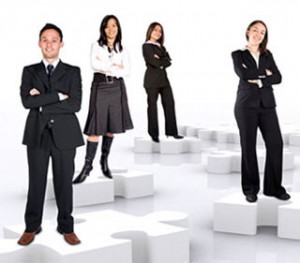 The legislation adjusts the distribution of employment and family-based immigrant visas.

The bipartisan legislation eliminates the exiting per-country quotas on the number of employment-based visas. Current law limits any one country to 7 percent of immigration visa quotas, causing enormous backlogs for legal immigrants from countries, like India and China that provide the U.S. with large numbers of employer-sponsored immigrants.

The bill also changes family-based visa limits from 7 percent per country to 15 percent per country, an adjustment that could slightly shorten the backlog for permanent residents and naturalized citizens, particularly from Mexico and the Philippines, trying to reunite with their loved ones. The legislation does not add to the total number of available visas.

Obviously, the arm-twisting from business leaders, who have been strong proponents of this legislation, worked on both parties but it goes to show that where there’s a will there is a way.

Also, I can imagine that those congressmen and women, who are ordinarily opposed to immigration reform as it pertains to Mexican immigrants, a.k.a. the face of undocumented immigrants, felt safe that their affirmative votes for this bill wouldn’t support Mexican immigrants.

After all, Mexican immigrants have low levels of education, if they can read at all, and they’re more prone to doing the hard labor that requires the sweat of the brow versus the strain of the brain, right? And this legislation is all about supporting higher educated immigrants from India, China and elsewhere — clearly, not Mexico.

Well, aside from the argument that our country needs immigrants of all skill levels, the assumption that all Mexican migrants are from the campo, have a sixth-grade education and are only skilled for hard labor jobs is quickly becoming a mythical stereotype.

Mexican researchers found that the economic crisis is changing who Mexican immigrants to the United States are these days:

The new Mexican immigrants in the United States are mostly documented, have higher educational levels, and are obtaining employment with higher job skill levels, and therefore it is likely that they will have higher income levels.

While between 2005 and 2008, recently arrived Mexican immigrants who were in the top 20% income bracket accounted for between 1% and 2% of total emigration from Mexico to the United States, for the last two years CPS data show that between 4.2% and 5.3% of all new Mexican immigrants were in the highest 20 percentile income bracket in the United States. In other words, between four and five of every 100 Mexicans who have emigrated in recent years to the United States have a personal income of at least US$63,764 a year.

The study’s authors attribute this changing trend in Mexican migration to the increased levels of cartel violence in the country and the feeling of insecurity among those who are more educated and belong to the professional ranks.

It’s an interesting trend to be sure and one that begs patience to see if immigration from Mexico proves to be more tolerable among anti-immigrant U.S. legislators when Mexican immigrants are willing to do the jobs Americans can’t do versus won’t do.