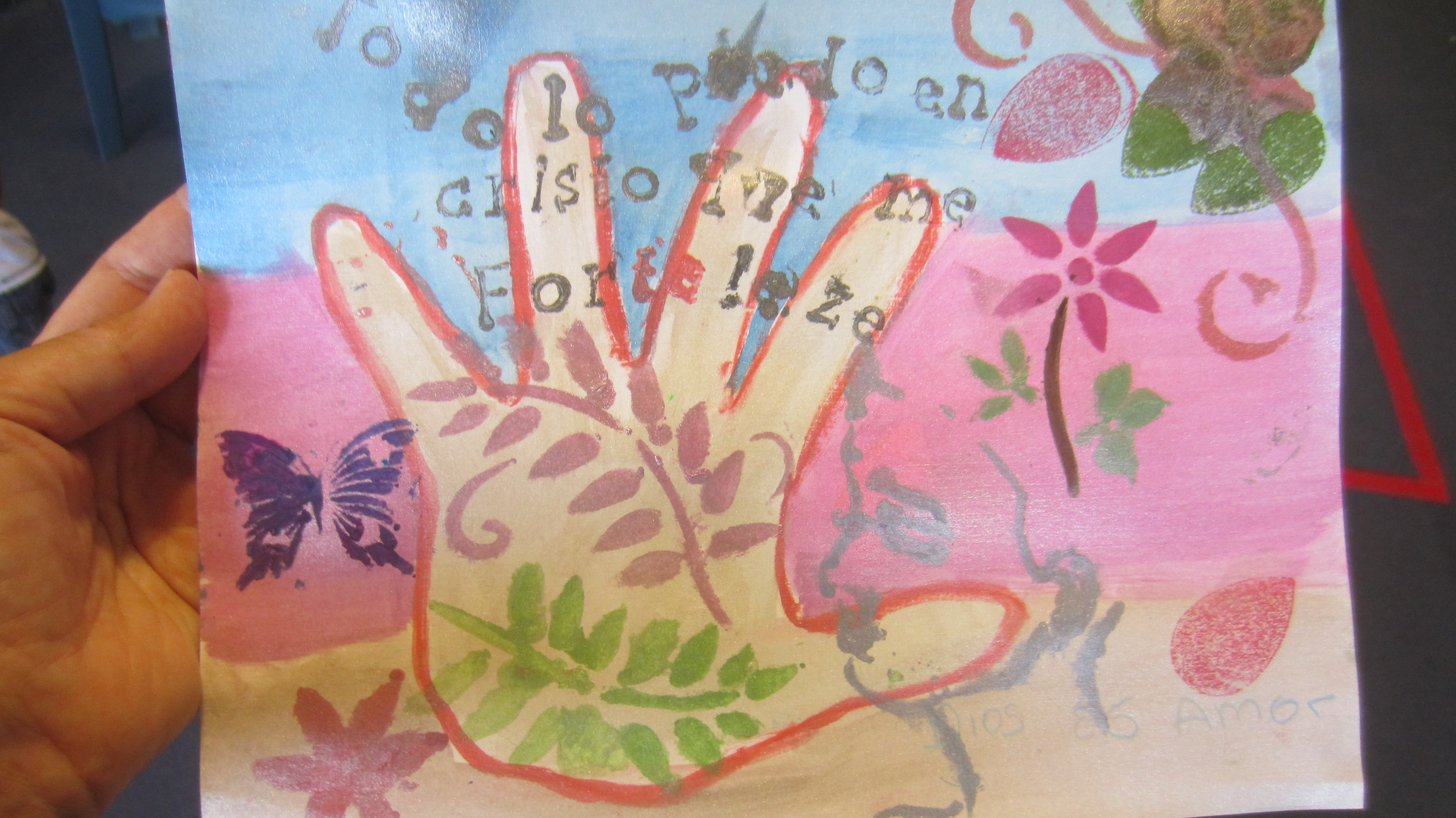 The state of Texas is home to 11 detention facilities for immigrants who have entered the United States. Many of these immigrants are women with small children, running from situations in their Central American home countries that put their safety at risk.

Some attempt to sneak past Immigration and Customs Enforcement, commonly referred to as ICE, while others step across the border into the United States knowing they’ll be caught and get the opportunity to ask for asylum. But what happens next?

Each case is different, but there are some commonalities between all of these asylum seekers. ICE takes them to one of the holding facilities and in-processes them. The women and children are then held in one of the detention facilities while their cases are processed. The family detention facilities are privately operated prisons that hold women and children caught entering the country without legal standing, such as a visa or green card.

Next, the immigrant goes through the court system. The time it takes to process each case varies. One woman’s case might take about 90 days until she’s tentatively approved to leave the facility. Another asylum seeker’s case may take up to 14 months.

Why can the process take so long?

The answer is that the criteria for asylum status is rather vague. Anyone entering the United States and requesting asylum must prove that they are seeking refuge from a credible fear. That is, the refugee feels that returning to his or her country of origin would threaten his or her life.

Once a reasonable belief of credible fear is established and it is believed that the asylum seeker does not represent a threat to the American public, he or she can be released. Even then, the case isn’t complete. Most women leave the facility with an ankle bracelet, which they refer to as grilles (shackles), so that their movements can be tracked.

The process can be emotionally taxing.

“In June of 2015, a young mother — she knew she was to be deported — she cracked her ID badge in half and attempted suicide by slicing through her veins,” said Helen Boursier, a Presbyterian minister who works with asylum seekers at one of the ICE facilities in Texas.

Boursier had been volunteering though the Interfaith Welcome Coalition, which runs a visitation program to provide moral support to detainees at immigrant detention centers throughout Texas. She was asked to chair the coalition and had been working with a young woman and her two children.

Once the Interfaith Welcome Coalition heard about the attempted suicide, it put out a call for people to set up phone conversations with detainees to offer moral support. But it wasn’t that easy, as language barriers exist between volunteers and those they serve.

“Well, my Spanish is really más o menos, and then more menos than más,” said Boursier. “And so, for me to have a telephone conversation with my limited Spanish would not be helpful.”

That’s when she contacted the detention facility she’d been visiting, and offered to set up an art ministry.

Boursier has been working with art in the ministries for a long time.

“We’ve gone on mission trips and worked in the barrios with the impoverished in Mexico and done art and also done jewelry as cottage industries,” she said. So she figured that she would take her expertise in those areas and put them to use helping immigrants cope.

She soon went through the screening process to get approval to work with the detainees. It’s a process she must repeat monthly, or lose her access to her congregation. In time, she was going to the facility two to three times each week to conduct workshops with them.

“People say it’s like art therapy. Sort of. Except it’s really a theological expression of heart and soul itself,” Boursier said of her work. She emphasizes that it’s about a meditation to connect with God through art. A favorite exercise is to have the participants in her classes sit down and simply write out their troubles.

Boursier encourages them to write quickly. To let it all out. Just write as fast as they could and get everything out.

Once the writing is done, it is put into a piece of art. To help deal with the aftermath of the young woman’s suicide attempt, Boursier had them trace their hands in a pose as though it were lifted in prayer. Then they added in their text. In this way, the art let them express their frustrations with their situation and connect to God in a way much like a prayer.

Boursier teaches the women jewelry making, as well. The women love the jewelry-making, while Boursier’s preference is for the visual art, which she feels is more productive in helping the detainees deal with their situations. But jewelry-making has value, too, she said.

“I’ve come to appreciate [it], because it gives the women agency. It restores some of their dignity. I would say 90 percent of the women have holes in their ears and no earrings. They’ve lost everything. Even something as simple as a pair of earrings.”

Many of the women in these facilities have been through difficult experiences on their journeys that are hard to relate to or understand. The journey from their home countries in South or Central America is dangerous. Women face the possibility of kidnapping, rape or torture as they migrate from their nation of origin to the U.S., but many have decided it’s worth the risk.

The young detainee who tried to commit suicide had been through much already. She had been sold as a young child into a horrible life and then had been forced into a marriage that was abusive. She had a young child in the detention facility and no living relatives in her home country to return to, Boursier said. “What happens if we have to go home to a place that has nothing for us?”

Boursier related several stories that illustrate the impact of her work.

Boursier told the story of a family that had just gotten released from the detention facility. The family included a young mother with two children. The oldest child had just turned six the day before they were released from prison, around Christmas. They had nowhere to go while they waited to go to the airport the next day, so Boursier and her husband opened up their home.

The family had nothing but the clothes on their backs, so Boursier reached out to her church congregation and collected presents for the little girl, clothes for the family, traveling gear and a baby carrier for the mom to use. “It was this frenetic thing, accomplishing all these things, up and out early the next morning.”

It was early December, but Boursier felt like she had already had Christmas.

“I’m a pastor with a lot of things still before me, and Christmas came to our house. And in the morning, there was chaos everywhere, just like you would expect with, you know, on a Christmas morning with wrapping paper strewn about and presents,” she said.

The woman and her two young children Boursier met when she first started volunteering through the Interfaith Welcome Committee still keep in touch. She recently received a photo of the family. They’re living with the children’s father in New England. The photo shows them in their own clothes, standing together as a family — not in a detention facility in prison uniforms.

“They represent to me symbolically all the women and children that I meet with,” Boursier said. For her, it’s a “profound” symbolism.

Boursier said that the most important thing she does while ministering to the women and children at the detention facility in rural Texas is to show them support. She says the message she gives to the asylum seekers is simply, “I’m here to tell you that people care, that people are advocating for you, that they love you.”

Editor’s Note: This article is part of the ongoing series Children on the Edge.