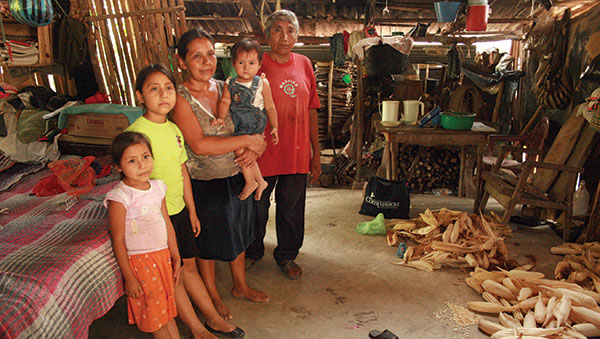 LatinaLista — On this day, the 50th anniversary of the March on Washington, when we remember the personal risks taken by people who stood up for racial equality, we’re reminded in this film selection that racism exists all over the world.

While the situation has improved in the U.S. — though more work needs to be done — since the time of Dr. Martin Luther King, the same can’t be said in other countries, especially our nearest southern neighbor – Mexico.

Mexico, and the rest of Latin America, have long been criticized for their own type of caste system where the wealthy — most often white or fair-skinned — expend great influence and privilege in society while the indigenous people suffer from extreme poverty, racism and discrimination.

It’s reported that 54.2% of the indigenous population lives in extreme poverty in Latin America, with 67% of the homeless in Andean countries — the beggars and children who work in the streets — are from indigenous descent.

The discrimination can be seen by not being seen on any telenovela broadcast on television. Indigenous characters are not main characters and, if on a show, are the domestic help or those who work out on the tierra.

It’s a great struggle for the indigenous to be heard in mainstream media, unless of course they are the subject of a news story.

The poverty experienced by the indigenous is severe. Thankfully, international aid organizations have stepped in to not only help relieve the suffering of these people but give them a way to make a living for themselves to maintain a quality of life worthy of a human being.

To be fair, Mexico has tried to address this pervasive shame. In 2010, it opened the Museum of Remembrance and Tolerance. The focus is to raise awareness about human rights and the importance of tolerance and non-violence.

Yet, until the world sees all people as worthy of having the same respect and opportunities, racism will fester and rightfully foster more marches around the globe.

The reality of indigenous people in Mexico from Luis Lamas on Vimeo.